Home>Posts>Groundbreaking Heads Of Argument
Previous
Next 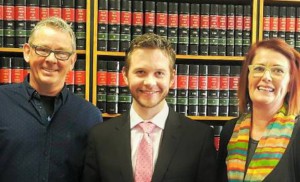 When we were first introduced to Adv Don Mahon in his Sandton chambers in 2015, our first reaction was a sense of relief.
We were still mourning the loss of the late Adv Robin Stransham Ford, our larger than life steersman and creator of the ‘Trial Of The Plant’ and we’re looking for council brave enough to take on the 1992 Drugs & Drug Trafficking Act.
We left Adv Mahon’s offices a lot more confident about carrying on with the challenge at hand. Here was this young man offering his sharp legal mind, gratis, to help break the chains of cannabis prohibition in South Africa.

We were more than happy to accept his generous offer.

Fast forward a couple of years.

Tens of thousands of people have now seen the live footage from the Trial Of The plant. They’ve seen this man in action, they heard his argument, listened to his tone of voice, watched his mannerisms and some even proposed to him on social media.
He was formidable to watch and eloquent to listen to.
This guy’s at the top of his game and we cannot thank him enough for the amount of time and passion he has given this cause.

This time with our Heads Of Argument for the Constitutional Court Hearings appeal hearings on Tuesday 7th November.
We urge you to read this ground breaking document. The definitive reasoning why we decided to fight cannabis prohibition in the first place.
You may not understand all the legalise if you’re not used to it but there are huge sections that make complete sense to the layman and most of you will be familiar with the reasoning.

For the first time ever that we know of, these ‘Heads’ contain the rationale concerning ‘cognitive liberty’ and how it is to be regarded differently from freedom of thought. Para. 90 onward is the crux of our personal legal argument as Jules and Myrtle, and we are chuffed that we have the opportunity introduce this concept to the highest court in the land.

It’s developing into quite a monumental day out. Join us if you can outside the court from 9am on Tuesday. If you’ve never been to the Constitutional court, you’ll find if difficult not to be impressed with what it is and how it is. South Africa at its best.