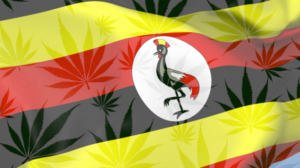 Headlines have been all over social media regarding the Ugandan government’s decision to start exporting cannabis as medicine to an overseas market. The deal to supply a reported 20,000 pharmacies in Germany and Israel, is worth billions in any currency you chose to name. Israel’s biggest medical cannabis entity, Together Pharma Ltd have been reporting for over a year that they are going big in Uganda. The headlines claim potentially squillions of dollars in export revenue, but the Ugandan government deny handing out any licenses. The Ugandan First Lady has even gone so far as to say any form of relaxing of the cannabis laws, for whatever reason is ‘satanic’ and will ‘kill the future of the children’.

There would seem to be disagreement at the highest level, and a complete lack of any modern day knowledge about the plant. There is close to zero cannabis industry infrastructure in the country, but nobody can un-see the original headline.

The other explanation would be that Together Pharma Ltd, with it’s Ugandan subsidiary is just creating a barrage of sensational headline to bolster their stock market price. They’ve been fined for such behaviour before and this particular story seemed to be persistently all over the feeds. We’ve seen quasi pump & dump tactics here in South Africa in the past. Tons of figures, but zero infrastructure – with overseas suits promising the world plus a massive quarterly dividend.

While all this license bickering is going on and the rules of engagement are being drawn up, nobody in the room really cares one iota that every Ugandan outside the room remains a criminal if they have a relationship with the cannabis plant. A completely overlooked cultural group being sold out to the highest overseas bidder.

It seems to be trending as the Green Rush starts to take hold in Africa.

The Swaziland Government recently published licensing guidelines that exclude most of the nation. Lesotho has issued a number of licenses and shortly after raised the price to millions. Zimbabwe has a licensing quota with a stiff price tag in US Dollars but harsh penalties remain for possession. Malawi is forging ahead with hemp production but the laws remain in place for simple possession.
There’s a common thread developing.

What’s it going to take for these governments to relax the cannabis laws so all citizens can take part and benefit from cannabis reform? Why are these governments so quick to agree to export this cheap to produce medicine but then explain that more research needs to be done at home to see if it really is medicine.

Hopefully with our de facto decriminalisation judgement and our rights to privacy, cultivation and consumption, things will be different in South Africa. None of the above mentioned countries have any challenges to their drug laws to speak of, and none of the above mentioned governments have a #DesiredOutcomes document to refer back to when attempting to re-writing their drug laws.
Africa’s sun and abundant cheap labour is attracting the whole world to it’s shores once again – as it has been for hundreds of years. This time it’s not the gold rush – it’s the green rush, and the green rush will end just as badly for Africa’s citizens as the gold rush ended up doing.

The only thing that can stop this happening is for Africa’s governments to write laws that protects its citizen’s rights to enter and participate in the global cannabis industry, with all its endless possibilities and opportunities.

Let them benefit from the medical and financial qualities of the plant long before there is any talk of exports surely?