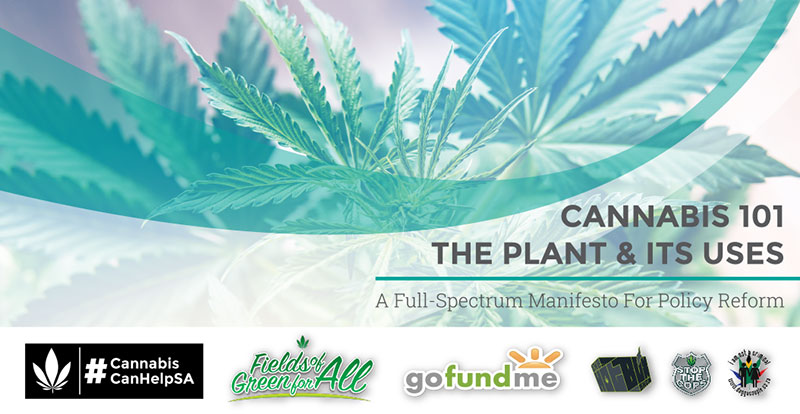 Our manifesto, called the Full Spectrum Model for the Legal Regulation of Cannabis in South Africa, has been the cornerstone of our activism work and forms the foundation from which we constantly refer back to in the various discussions we’ve had with stakeholders.  Whilst the manifesto in its current form has been available to the public for some time, we wish to present an updated final version to government and all stakeholders in the coming weeks, in light of developments since we last published in 2019.

Manifesto Mondays
We are proud to report that our revised manifesto is ready and in the run up to our grand launch we will be releasing our manifesto sections weekly, starting from today in what will be known as Manifesto Mondays! Each section is downloadable and after the final section is released, the compiled manifesto will be available, initially in digital form and later hardcopy.

We would like to say thank you to everyone who contributed over all these years and the immense support we received locally and internationally. Input for the final manifesto has been closed but we welcome any feedback in the comment section below, or feel free to email suresh@fieldsofgreenforall.org.za to setup a discussion.

Section 1: Cannabis 101
Our first section that is being released today is called Cannabis 101 and is a fundamental stepping stone for any government department to understand, before making laws about this plant. The recently proposed draft Cannabis for Private Purposes Bill was littered with misunderstandings about the plant, from growing it to consuming it and everything in between. The root cause failures of this Bill is due to a lack of factual Cannabis knowledge that is easily accessible and our updated manifesto should be the first learning resource lawmakers and stakeholders should use.

In this section we break down:

We would like to say thank you again and we look forward to next week’s release of Section 2: Background, History & Context.