What is this “Cannabis Bill” that is Doing the Rounds?

Home>Posts>What is this “Cannabis Bill” that is Doing the Rounds?
Previous
Next

What is this “Cannabis Bill” that is Doing the Rounds? 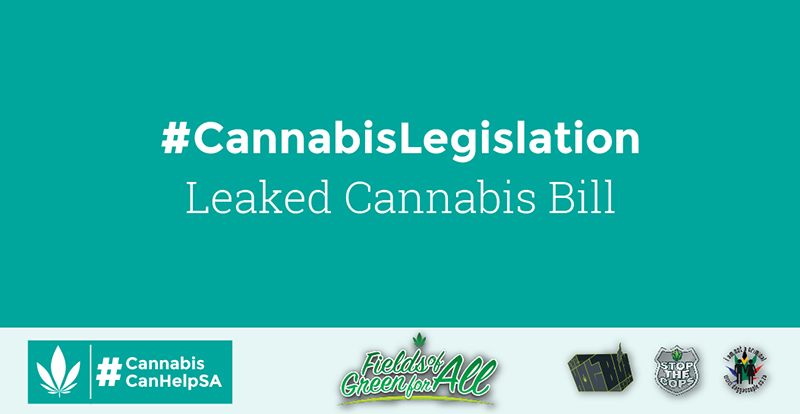 This article about the Leaked Cannabis Bill was originally published on 17 Jul 2019 and was updated on 29 June 2020.

Last year saw parliament’s proposed “leaked Cannabis bill” being released and it was even more dreadful than we expected. It is becoming clearer as the months have gone by, that our government does not know much about this plant — a sobering thought once you realise that they’ll be the ones creating our new Cannabis laws. We are grateful for the Constitutional Court’s privacy ruling in September 2018, but this got our attention.

With this worrisome leaked Cannabis bill in the back of our minds, Fields of Green for ALL worked even harder to try and prevent ignorant and uninformed laws based on outdated propaganda, from being set in stone. Our #CannabisCanHelpSouthAfrica campaign is pushing ahead and we have spent the month trying to create awareness about what is currently going on in South Africa relating to Cannabis, and we think should be going on instead. Our petition is finally coming to a close after all these years and we will be delivering it to the president himself to ensure it receives the attention it deserves. We’re also delivering our Manifesto to him and this is probably the most important part. Our Manifesto is our version of the leaked Cannabis bill, compiled with much consideration, intensive research, expert consultation and over too many hours to possibly count.

The article below was written by a deeply disappointed Myrtle. Yet, we still believe that the Cannabis community of South Africa can have their say, help us to educate the lawmakers and to help make a difference for the future of Cannabis legislation in South Africa!

Good people Disobey Bad Laws – that is a fact! 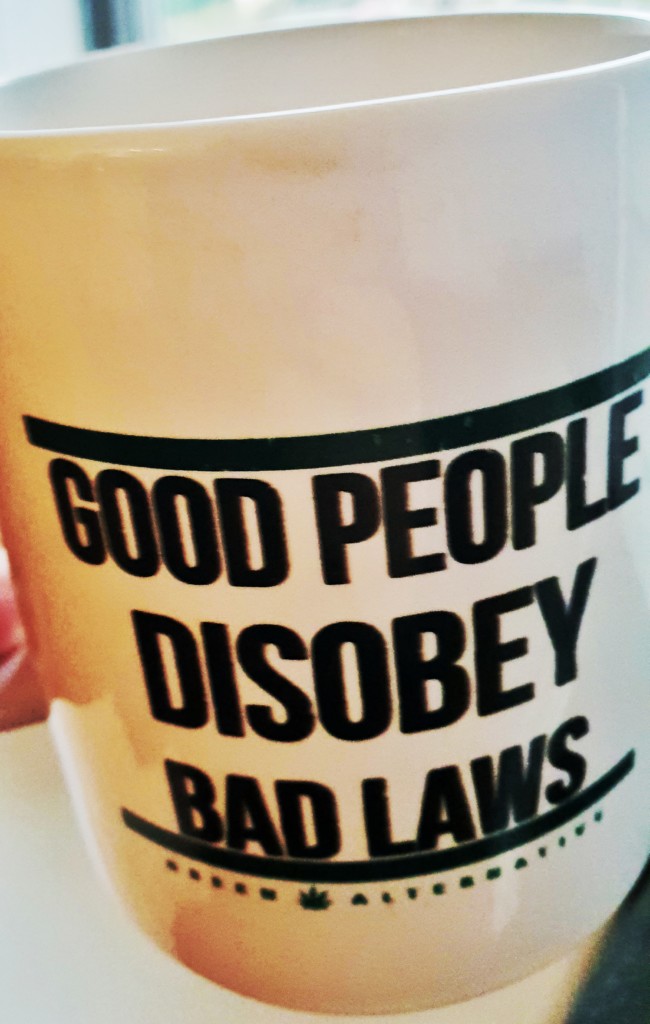 In May this year a certain word document came to our attention. It was titled Cannabis Bill 2019.

We read it and wept. Literally.

Leaked at an Indigenous Knowledge Systems (IKS) meeting in Pretoria, we could scarcely believe what we were reading. What has probably happened is that someone in government decided that they must get on with writing amendments to the current Drugs and Drugs Trafficking Act 0f 1992.

These are not new laws. Nothing about the document suggests that any research was conducted prior to writing it. They have taken the Constitutional Court judgment of September 2018 and slotted the privacy thing into the old laws and VOILA!!! There you have it: Cannabis Bill 2019 AKA Prohibition 2.0. No change to the status quo and leaving everything in the hands of the police.

There is nothing in this leaked Cannabis “bill” about trade. Except that if you are caught trading in this plant you will still face the same consequences. And, it seems that if you give someone a gift of Cannabis, you are still a dealer! 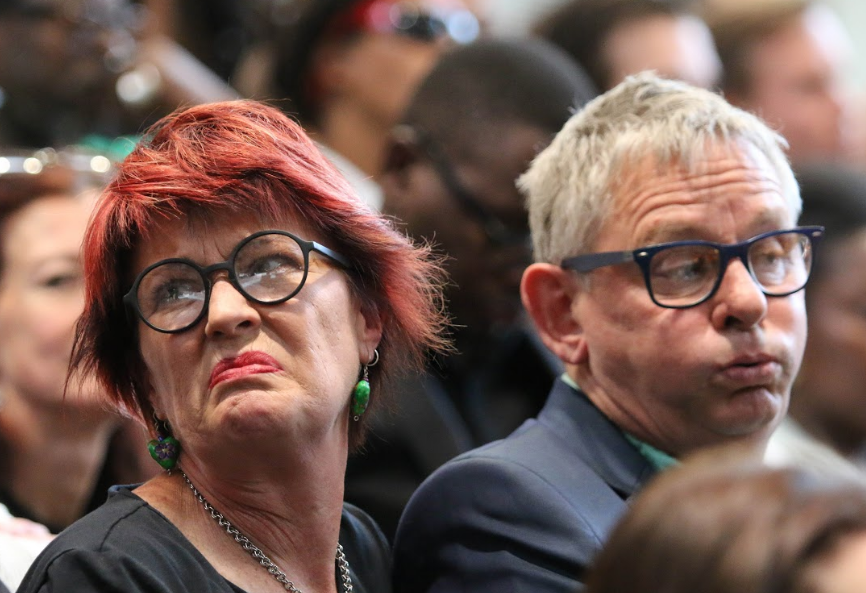 When we asked the photographer at the ConCourt why he included this dreadful picture of us in the final edit, he replied that we’d obviously just heard something disagreeable from the judge! We had just heard that no trade would be included in the judgment. We were sitting next to Adv James Grant who has been helping us with Cannabis arrests. He agreed. We had hoped to shut down our JoinTheQueue project but instead we have to morph it into a StopTheCops campaign. The fight goes on.

Please read the leaked Cannabis “bill” attached to the link above and weep with us. We’ve added commentary in the form of most, but certainly not all, the questions that the “bill” raises for us – the South African Cannabis user, cultivator and trader.

So what to do?

We are busy finishing our “Desired Outcomes” Discussion Document by adding as much detail as we can, given the time and resources available, transforming it into what we figure will work for South Africa, based on our Constitution, Human Rights and solid evidence – The People’s Regulation of Cannabis in South Africa.

As soon as it is finished, we want to print at least 5000 copies and flood parliament, government offices and the desks of those who need to know with a document that sets out our wishes, clearly and concisely. We need to raise the money to do this.

We need help to pull every string / rabbit out of hat / whatever it takes to get into parliament with our expert witnesses and their evidence. We need each and every person who is terrified that this despicable “bill” might make it through parliament, to rise up and stand together to make sure we get the laws and regulations we want.

How can you help?

Sign our petition. If you have already signed, thanks. Now please get EVERYONE you know to sign online HERE. It is pathetic that it has taken us 8 years to get to only 30 000 signatures. To date we have not had a single incident of breach of security with ID numbers. Share the petition around all your social media please. Load the link on to your phone and get people to sign on the go!

Download or buy a copy of the discussion doc. It is a summary of what the final will contain and has everything you need to know. We need to sell all the copies we have had printed to help with the next round. Your comments on our dedicated Outcomes web page are most appreciated.

Stop moaning on social media that no-one is doing anything. Stop moaning about the government and let’s show them what we want. Stop complaining about laws in the leaked Cannabis bill and help us make real laws. Know what YOU want and share our news if you agree that we are all in this together.

Donate what you can. Fields of Green for ALL remains an organisation totally funded by its supporters. Thanks for everything so far. Let’s finish the job and collect the money essential to do that. Watch this space for a fund raising drive to print The People’s Regulations for Cannabis in South Africa! Donations can also take the form of membership of The Green Network or our Affiliate programme.

Now we’ll just take a breath and remember to keep breathing as we weather the storm of the next 13 months or so, together!

Thanks for your support.