Fields of Green’s Support at The Haze Club Hearing

Fields of Green’s Support at The Haze Club Hearing

By Marleen Theunissen|Published On: January 20th, 2021| 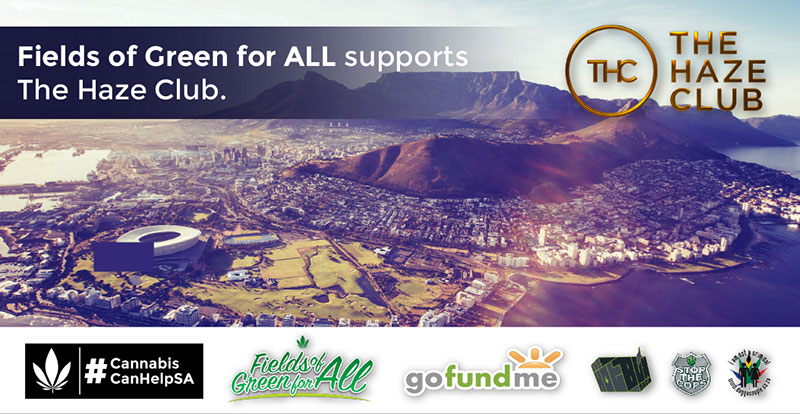 When Dagga Private Clubs started appearing in South Africa, we knew it would just be a matter of time before one of them ends up in court. We were both excited and scared about this happening – scared, because we hate seeing Cannabis-related arrests taking place and seeing what people have to go through. But we were excited, because we knew that when this happens, the legality of Dagga Private Clubs will most definitely be addressed.

Last year, in October, the moment we knew would come, finally arrived. The Haze Club, a growers’ club in Cape Town, were raided and two members arrested. The process followed due course – equipment, plants, seeds and the lot were confiscated; and the two adults, Neil Liddell and his business partner were charged, paid bail and were given a court date. Their first appearance at the Wynberg Magistrate Court is next Tuesday, 26 January 2021.

Knowing how the system usually works, we expect little action and probably a postponement to a later date. The Club’s legal team have been playing their cards close to the chest with regards to their strategy. Myrtle, Marleen and Charl will represent the Fields of Green for ALL team at the courthouse and we’ll make sure to keep you updated.

The fate of the Dagga Private Club concept will indirectly (or maybe directly) be determined by the outcome of this case. Dagga Private Clubs are close to our hearts and we know that the Haze Club had put enormous amounts of hard work and effort into their model and doing their best to do things right. This is why we’ll make sure to do whatever we can to support them in their upcoming legal battle!

Under normal circumstances, we’d ask a whole crowd to show up at court and show your support to the Haze Club, but with Covid-regulations in mind, we ask that you rather don’t come out in masses. What you should do, is stay tuned to the Fields of Green for ALL Facebook and Twitter pages, where we’ll keep you updated on the action as it happens.

The Haze Club case is a clear indicator that Dagga Private Clubs are not legal – yet. Don’t forget that and keep your Club business private!

Here’s sending the best of luck to the Haze Club!