Hey, Police In Helicopters – Read This!

Home>Posts>Hey, Police In Helicopters – Read This!
Previous
Next

Hey, Police In Helicopters – Read This!

This blog post started in March 2015 when we traveled to the Pondoland in the Eastern Cape to report on the continued spraying of rural South Africa with airborne glyphosate products. The SAPS Air Wing had, for years been indiscriminately conducted low level helicopter spraying operations in a vain attempt to eradicate the centuries old Dagga fields in some of the country’s remotest valleys and water courses.
Since we released our ‘Police in Helicopters‘ video four years ago, the cops and their helicopters haven’t returned.

We can’t take all the credit for this because what ensued was a huge public outcry from all walks of South African life on social media and in national print. Maybe we were the catalyst.
Coupled with the video and media barrage, we asked an environmental lawyer to serve papers on the SAPS to cease spraying operations.

The reply we received in 2014 was a stock response from a dinosaur who was happy with his 20th century, outdated knowledge but by 2015 when the WHO reported glyphosate to be ‘probably carcinogenic to humans‘ (and bees), it all went quiet from the helicopter crews……

It was gratifying to read the headlines this week concerning a US Judge awarding hundreds of millions of dollars to a groundsman who claimed his cancer was caused by Monsanto’s pesticide, Roundup.
Beyer, who have just acquired Monsanto for a mind boggling US$63 billion saw their shares plummet with news of the judgement.

Predictably, the corporation launched a very dodgy looking appeal, but it feels more like the death throes of a poisonous monster. Hopefully the South African Police Services Air Wing are reading the headlines and making plans to decommission their 30 year old airborne poisonous monsters and give the Pondoland the opportunity to heal and become fields of green for all once again…. 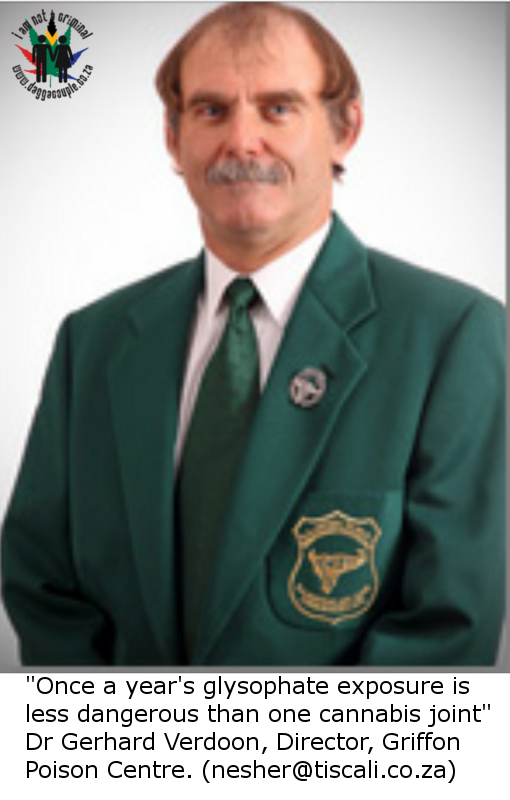