By fieldsofgreen|Published On: February 11th, 2014|

After months of planning, we dived into the deep end and held an official launch function at The Living Room, Maboneng Precinct. It was great to see so many stalwarts of the cause in one place and everyone in the audience had one thing in common, they all want to be involved on the road to the green revolution. 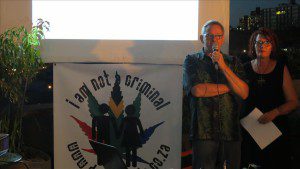 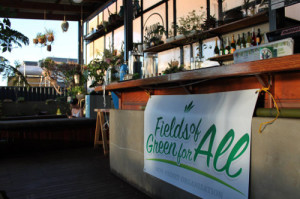 his is what The Green Network within Fields of Green for ALL is all about. A place for everyone to meet, share ideas & put them into action.We outlined the structure of Fields of Green for ALL to bring everyone up to speed with our plans. The time frame is now set for The Dagga Couple’s High Court Appearance – March 2015. Paul-Michael Keichel explained the mechanics of the case with characteristic aplomb. Mr Keichel’s speech was based on one of the first academic papers sent to The Dagga Couple at the outset of their campaign – A Critical Analysis of the Prince case… A-Critical-Analysis-of-Prince-Keichel 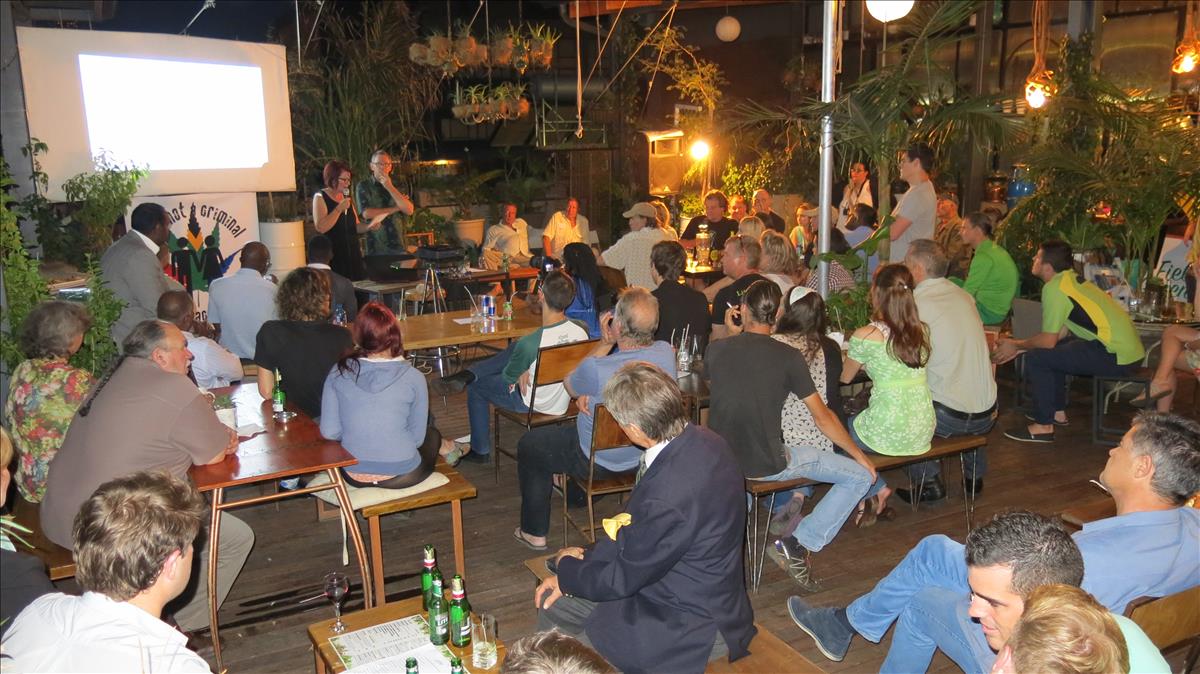 Along the way to challenging the establishment in the courts, we need to engage with as many organisations in related fields as possible. The Anti Drug Alliance have come on board as affiliates of Fields of Green for ALL and Quintin van Kerken, the director of a rehab organisation with a difference, spoke to the crowd about their research into the cost of prohibition as outlined in the paper At-What-Cost.-ADA-SA 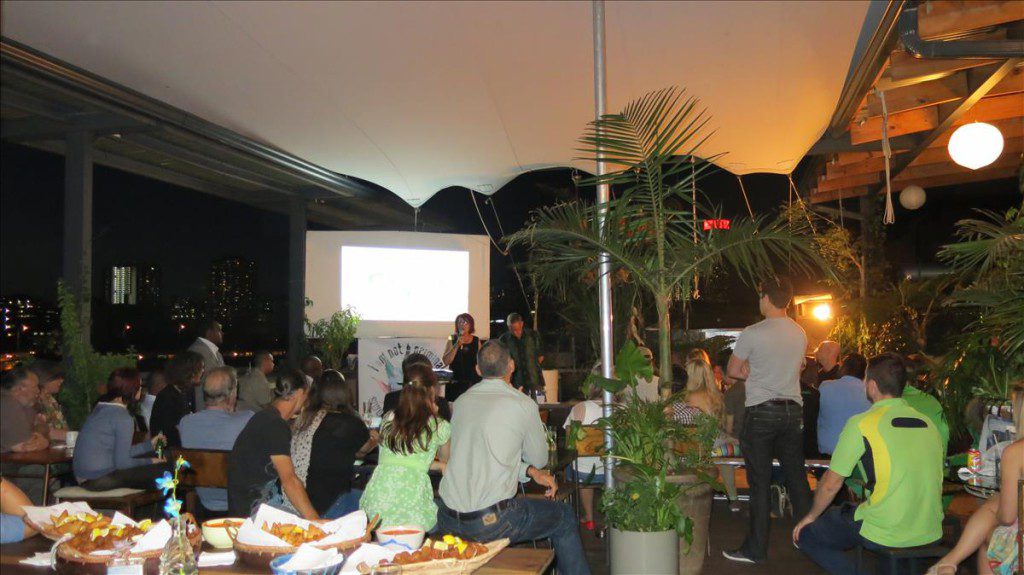 The news of the efficacy and potential of Cannabis as a treatment for serious illness is spreading fast in South Africa. We played a Skype interview with Dr Mario Ambrosini as news of his Medical_Innovation_Bill is about to be announced in the media. As the stakes go higher and the debate enters parliament, it was apt to introduce another key figure on the road to legalisation. Advocate Robin Stransham-Ford, council for The Dagga Couple, close associate of Dr Ambrosini and fellow cancer patient, Adv Stransham-Ford spoke of how and why he is taking on this huge challenge. He outlined the goals of The Cancer Treatment Campaign as another affiliate of Fields of Green for ALL. On a practical level, South Africans are being arrested in their droves. The Dagga Couple’s KNOW YOUR RIGHTS 2015 booklet gets people through the basics of an arrest but situations become complicated and people do not know who to turn to. Kyle Torrington and his associates at Schindlers Attorneys have come up with a remarkable app that all in this community should download. Find out more about BailMeOut here. It is free to sign up and members of The Green Network get a 20% discount on their legal bill should they require the services of a BailMeOut attorney. 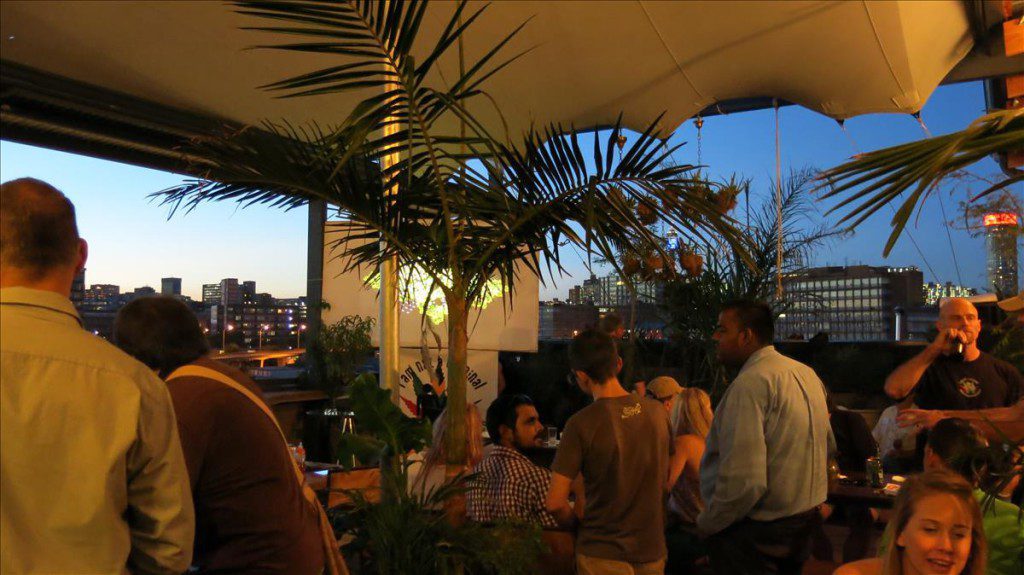 The Dagga Couple has now become the Social Activism arm of Fields of Green for ALL and Jules announced plans for another short documentary, “Dagga: The Cost”, events for 4:20 D-Day 2014 and the Global Cannabis March in May. 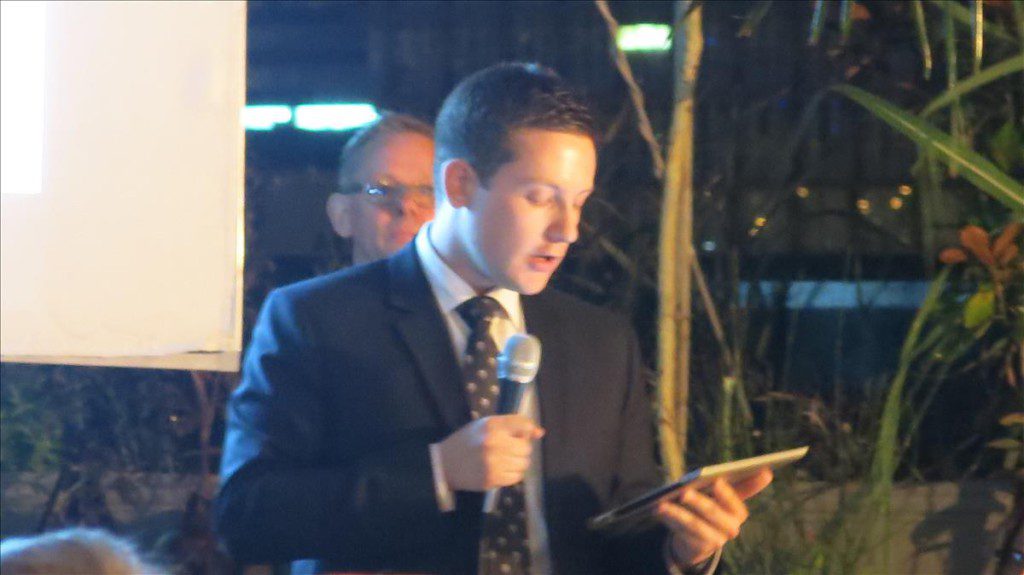 Systems are now in place for this organisation to move forward and tackle the huge task ahead. Whether it is Industrial Cannabis or Scientific Research you are interested in, legal process or economic development, let’s show the world a sense of cohesion within the Cannabis legalisation community. 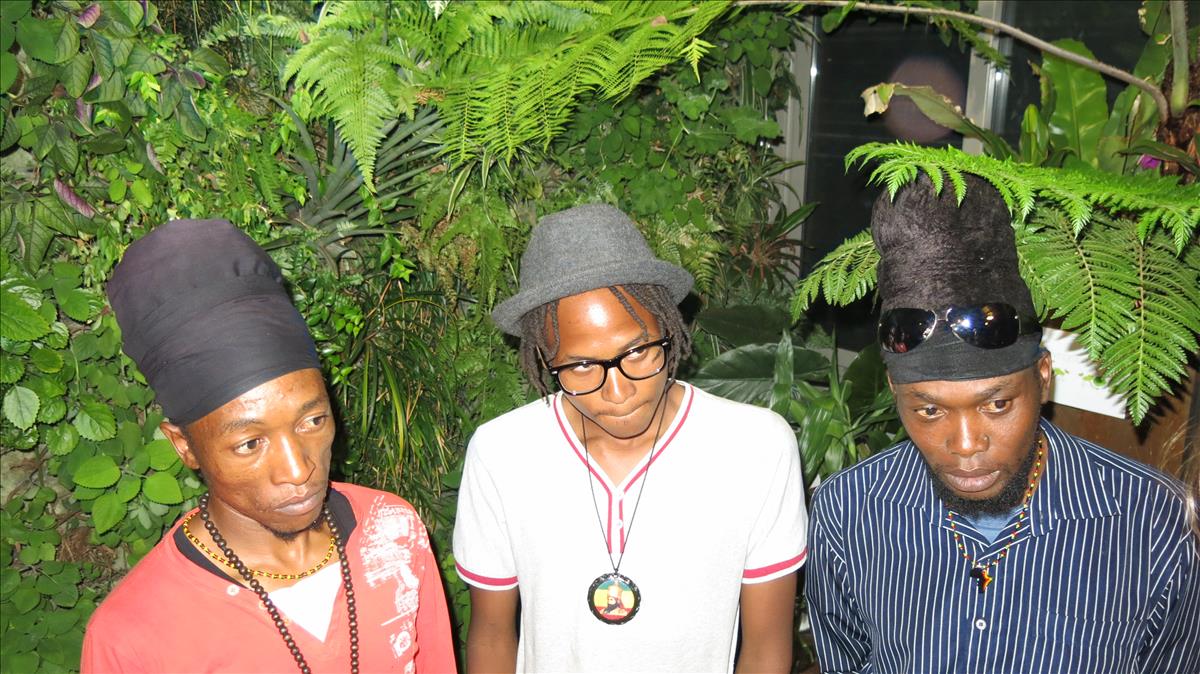