Medical Cannabis. How Sick Do You Have To Be?

Home>Posts>Medical Cannabis. How Sick Do You Have To Be?
Previous
Next

Medical Cannabis. How Sick Do You Have To Be? 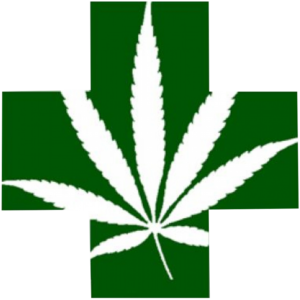 The medical marijuana (mmj)  debate is gathering momentum in South Africa. Popular SA current affairs programme, Carte Blanche, broadcast a positive 11 minutes on the subject recently, reaching millions of homes countrywide with their Sunday evening slot. 24 hours later an online poll had a 98% majority in favor of medical use.

But how is medical use defined? How sick do you have to be? What illnesses will be allowed treatment and, fundamentally important, who decides?
This thumb sucking principle can be witnessed right now in the Clive Derby Lewis parole debate. His defense argues the 79 year old  has terminal stage 4 lung cancer and should be granted parole but the state says it’s only stage 3, no parole. Are patients going to be told that their cancer is not advanced enough to use this medicine?

The mmj debate is flawed. It seems to be steeped in the same non scientific ideology that has kept the plant illegal for 100 years. How come Cannabis seems to be the panacea for the sick, but a social menace for the rest of us? How come a cancer sufferer would find relief from the plant but a casual user would run the risk of all manner of side effects and mental disorders?
The only thing that makes dagga a medicine is the user, not the grower.

For sure, the legalisation of medical Cannabis would ensure the people who NEED it get it but what about the millions of South Africans who use the plant regularly and understand they aren’t sick because of their use of the plant. Surely, if it were medicine, all use would be medical use?
What about those SA daily users who have always understood the health benefits of the plant and choose to use it because of its qualities of preventative medicine for both body and mind?.
Our understanding of the underground South African Cannabis oil market tells us that the vast majority of people turning to cannabis for treatment of their ailments have never had a relationship with the plant. For most, Cannabis as ‘medication’ is their first foray into the realms of THC and the ‘high’. All medication has some form of side effect and being ‘stoned’ is seen as the undesirable part of the Cannabis experience.
The fact that most of these people seeking cannabis oil in SA have no cannabis constituents in their blood stream may be purely anecdotal, but fascinating all the same. There is even a term for the condition.

Instead of spending the next years debating how efficient which constituent of Cannabis is the most effective for what ailment let’s start the process of integrating  completely legal Cannabis into South African society right from the outset. The relaxation of Dagga’s ludicrous scheduling would open up the plant for independent studies on humans at the same time. Hundreds of international medical experts agree that Cannabis has a plethora of medicinal properties which goes completely against the grain of it’s now archaic ‘schedule 2’ classification as a harmful, dependence producing, illegal drug. It is also classified as a ‘schedule 7’ medicine along with heroin. So how about we stop the criminal sanctions against dagga users while we’re discussing the health benefits? It’s agreed cannabis is less harmful than many legal drugs  – it’s medicinal remember – so why arrest us, incarcerate us, coerce Dagga users into fearfully signing an ‘Admission of Guilt’ and render them criminal in the eyes of the law for the next 10 years?.

There are 700 magistrates courts in South Africa. Every day there are at least two dagga charges being heard in every one of these courts. Do the maths. An underestimate of 1400 dagga cases a day that simply shouldn’t even be on the roll. A staggering waste of taxpayers time, money, police resources, judiciary resources, correctional services resources et al.
Our Dagga Couple documentary ‘Dagga: The Cost‘ deals with this very subject.

The Medical Innovation Bill is once again in the spotlight in Parliament this week. More discussions, more opinions, more agendas. We see the Bill as being very narrow and exclusive but we also applaud the process and are delighted the conversation is taking place at the highest level. We also realise, the more the talk, the more time slips by and the more cannabis users are arrested and funneled into a despicable, corrupt, life changing prohibition system.

We have said it before and we will say it again, all use of Cannabis is medicinal. How sick do we all have to be? This is a Human Rights issue. The Human Rights of a person with a medical condition are the same Human Rights as the adult who uses this plant for their general health and well being, so while everyone waxes lyrical about the efficacy of the plant as medicine – stop arresting the stoners.