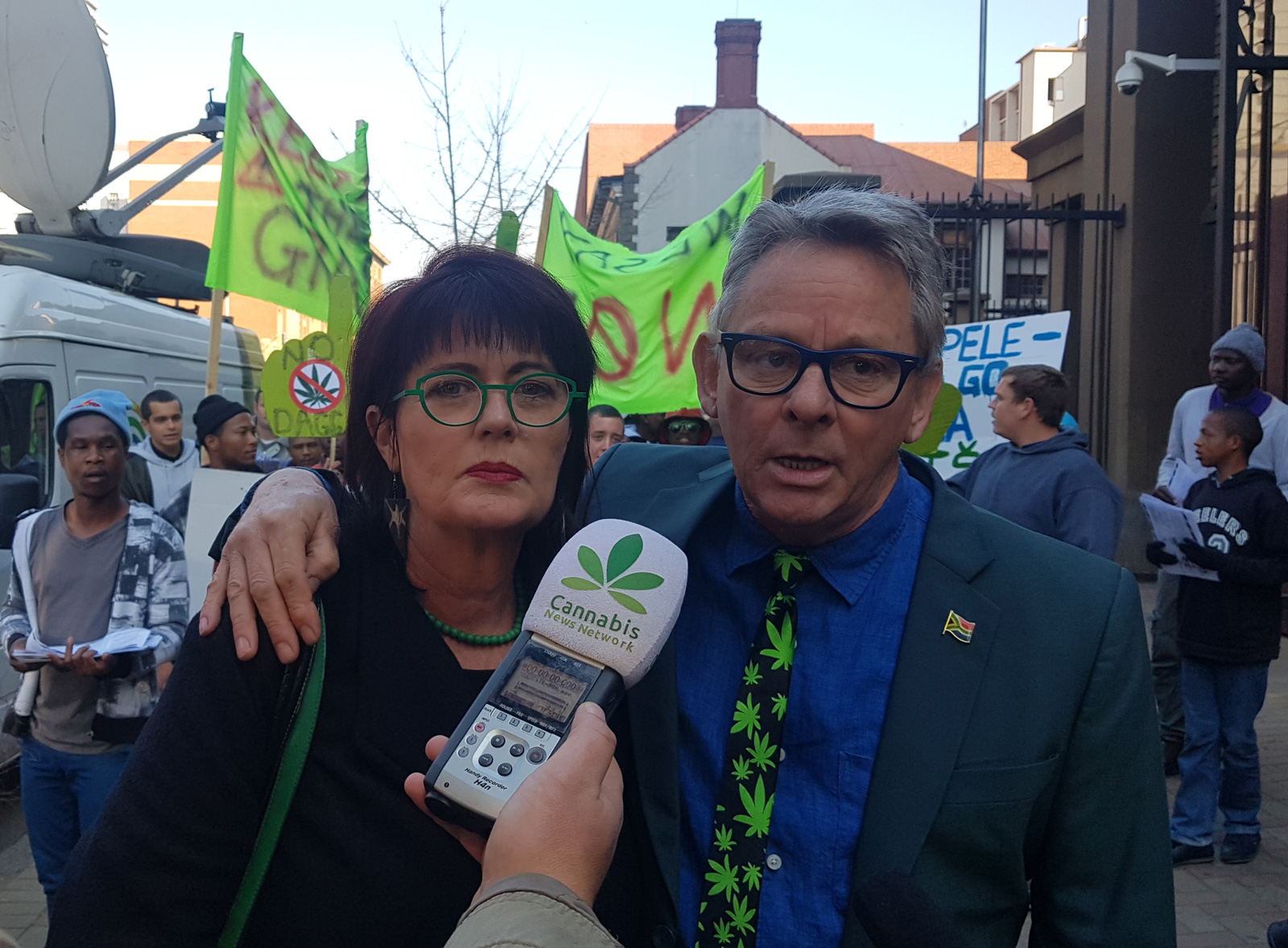 This week marks the 4 year anniversary of the start of The Trial Of The Plant.

In this video that was launched 4 years ago for the fundraiser for the trial, Jules and Myrtle explain in short the purpose and outcome of a successful trial. Sadly the trial was never finished before Jules was murdered. We only gained broadcasting rights on day 3, and the trial did not actually start before that. From tomorrow we will update you with every day of the trial as it unfolded. We were filibusted into a part II, which is yet to be and for which a court date will be set soon.

Most of our evidence for the trial can be seen in action as our Manifesto is based on truth and science and reflects the most evidence and human rights respecting based regulations out there. Simply put. It’s the best Cannabis solution for South Africa that there is. This is not just the Dagga Couple’s trial anymore. It should be for every South African.