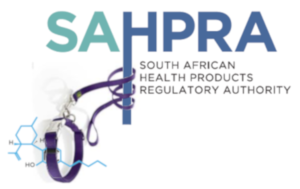 It has been just over a year since the World Health Organisation (WHO) released a position paper on Cannabidiol (CBD). In it, the organisation stated CBD “does not induce physical dependence and is not associated with abuse potential“, going on to say humans and animals respond well to this beneficial plant alkaloid. In other words, CBD should be taken out of all of the international drug conventions.
It is safe. The WHO even recognised the therapeutic qualities of this cannabinoid and its ability to mitigate the intoxicating properties of THC. It is medicine.

A few months prior to the WHO’s review, the bastion of Apartheid medical control, the 1965 Medicine And Related Substances Act was significantly changed – something that has rarely happened in fifty years.  The changes were first gazetted in 2013 and were far reaching and controversial.
The government effectively took control of the health supplement, traditional and complimentary medicines market. Your Milk Thistle and St Johns Wort are now scheduled drugs. So for that matter is CBD. After all, it too falls into the ‘health supplement’ market. There have never been any human trials on the substance to prove it as medicine, but you now need a medical expert to prescribe it.
The quasi government Medicines Control Council no longer exists; The Registrar Of Medicines is now the CEO of the SA Health Products Regulatory Authority.

This is one of a number of anomalies and back stories to the worldwide CBD juggernaut. It is everywhere, it has been infused into everything but toilet paper it would seem (we stand corrected on that one if any of you have seen Two-Ply CBD in your local store), and authorities worldwide seem to be  containing this lucrative market and thereby control it for themselves.

The Austrian government had just banned edible CBD, but not essential oil CBD. Go figure.
The FDA has decreed that hemp CBD cannot be put into food or drinks because there are no safety trials on humans, yet the WHO figures it’s one of the more benign substances on the planet.
It all stinks of control, not regulation; that’s another thing. This is a cornering of a potential multi billion dollar market. There are international pharma companies already circling the area to see what’s it in for them.
The thing is, what studies did SAHPRA use to base their scheduling on? According to the Traditional & Natural Health Alliance (THNA) they didn’t, simply because there aren’t any.

The TNHA have already fired a shot across the governments bow with a PAIA request for the studies and relevant documentation. As with most requests of this nature it was ignored and now has to go to a High Court. We will keep you abreast of developments on this blog page.
In the last few weeks, SAHPRA has put in place a complete embargo on CBD products. All those prospective importers of CBD isolates and preparations who have been waiting patiently for their CBD to clear SA customs are now looking at loosing their consignments as they all get returned to sender. Unless you have a medicines import license, which we can only imagine is the most complicated piece of paper in the world to qualify for, your cannabinoid import future is looking very dodgy.

So, what’s the motivation behind the irregular behaviour our new medicines control kabal is displaying?
Well – for one thing, they managed to clear up a lot of confusion regarding medical cannabis cultivation licences. Rumours abound as to how many licenses have been granted, to whom, by whom and where.

SAHPRA put us all out of our miseries recently when the House Of Hemp was awarded the 1st medical license in the country. Partnering with Paarl based pharmaceutical company Afriplex, it looks like they intend cornering the market while the going is good. The quotes from Afriplex are along the lines of “we’re here to save you all from the evils of an unregulated market full of unscrupulous snake oil sellers”.
They also make the point there are only 50 something South Africans authorised to receive medical cannabis. They make no mention of any efforts to assist in helping the other millions of South Africans who would remain criminalised if they were caught with non-barcoded, non pharma, cannabis medicine.

Next they’ll have us all believe the medicine doesn’t work unless you buy it from them.
If they plan to include the South African market at all.

Did SAHPRA embargo CBD imports to give their old chommie from MCC days House Of Hemp a market with no competition? Was the motivation to protect SA’s fledgling medical Dagga industry by fending off the foreign devils? Doesn’t sound right.
The facilities these players are looking at are millions of US dollars in investments, hundreds of millions even. There isn’t that kind of cash in SA. It’s all left the building.
Maybe the Department Of Health has been saving up all it’s pocket money. This too is doubtful. They don’t even have the money to make their Pretoria HQ safe for habitation.

Perhaps the issuing of SA’s first medical cannabis research license and the embargo of all foreign CBD products are unrelated. We’d wager, probably not. There’s always a smell of manure when the subject of medical licenses are mentioned, non more so than when the barn door opens and the added waft of HOH enters the building.

Let us see how it plays out. Whatever happens, we should expect it to take  a while before we see proudly South African Dagga based medicine on the shelves though. It takes at least seven years of clinical trials, and of course billions of dollars in R&D to market anything as medicine. The other dynamic of course is, will HOH actually put any seeds in the ground and run the research to fruition? Or will it be more smoke and mirrors and nothing to show for it?.

Because that’s how it’s been for the past 30 years.