Shown in group shot with King Khoisan are Fields of Green for ALL, Kaalvoetboer, Aaptwak, Mlungu SA

2022 is certainly the year for double dabs, kicking off to a great start with the 200th episode of The Hotbox Show. We thank everyone for their huge show of support! In international news FGA has applied to host an online zoom side event for the upcoming Vienna Conference and are holding thumbs we receive a positive response. We’ve also written to the UN Special Rapporteur on Traditional Affairs and a few other agencies outside of the usual drug arena and will blog about any further progress there in the future.

On a more sombre note, double standards in the South African Cannabis industry in 2022, as per usual. Slide between the two pics below to demonstrate the disparities in our current democracy and the atrocities of certain select people’s human rights, whilst others are sensationalised by the media for their bravery at flouting (and flaunting) the current laws. 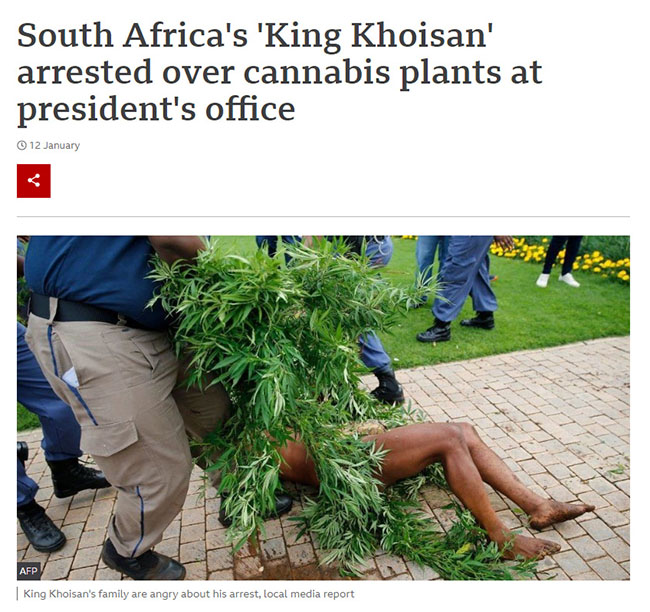 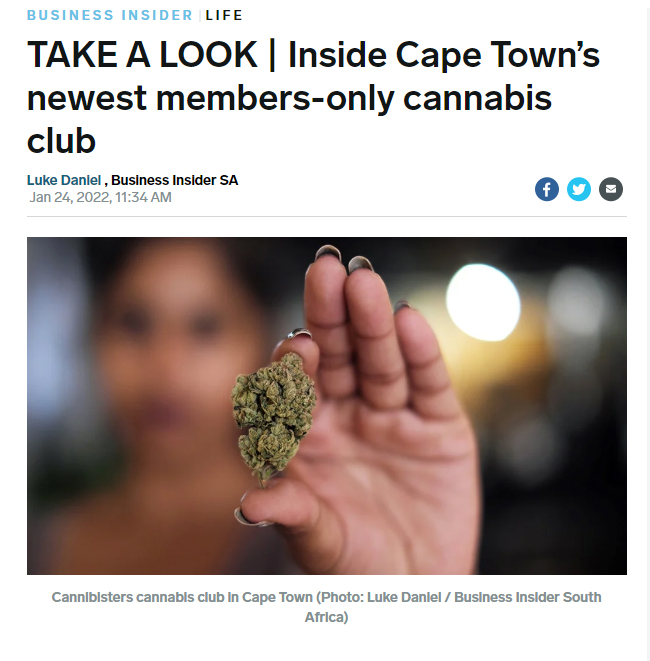 This is why we won’t stop our quest for Fields of Green for ALL South Africans. Because we are not there yet. Not for everyone, not nearly.

Many South Africans are happy to consume Cannabis freely in their private spaces (smoke, eat, dab, vape, cough their lungs out with giant bong hits; each to their own), and carry on about their days without another thought to the behind-the-scenes grunt work of actually changing Cannabis laws. They don’t often wonder about things like, what happened to their old local dagga dealer; and because accessibility has sky rocketed in the past couple of years, it’s now all about customer service and the entire “acquiring & consuming of weed” experience for many South African Cannabis users. But does that mean they are hypocrites for enjoying their recently given freedom, and sovereignty to use the plant in private?

It depends. Whilst some South Africans have the means to take giant leaps onto bandwagons, others that have been fighting to push that same wagon uphill for years on end are now left behind. Where is the support for the traditional growers? There has been an influx of interested parties and an explosion of entrepreneurs in the South African Cannabis industry after the 2018 judgement, parties for obvious profit – and I’m not talking about profit to the Plant, nor profit to the people. Why aren’t they supporting local dagga farmers who already have self-created jobs in the industry and don’t need to be displaced by the prospect of 25 000 shiny new ones? Why isn’t the government?

If you are celebrating every 4:20pm with your favourite chocolate ice-cream flavoured, imported rolling papers – smoking the dankest A grade, “Waygu” of Cannabis kinda indoor, whilst others in our “rainbow nation” live a very different reality, and you don’t do something to support them (anything is better than nothing)….well I think actions always speak louder than words. To take action and support our traditional dagga farmers such King Khoisan and his community get in touch, go visit them and sign their petition, or leave something in their donation box.

Some pics from the recent visit to the Union Buildings below.

About the Author: Robyn Cameron