By Marleen Theunissen|Published On: September 1st, 2020| 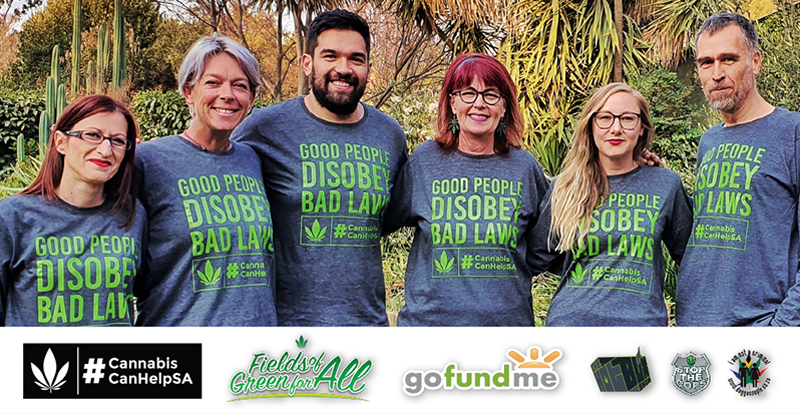 When laws become bad and unjust, it’s a difficult thing finding the balance between being a good person and being a law-abiding citizen. Laws should be in place to protect citizens, to prevent complete chaos and to maintain a reasonable standard of living. It must enhance society and play a productive, developmental role in everyday living. Otherwise the outcome will be that Good People Disobey Bad Laws.

South Africa’s laws are unfortunately not that anymore. Between laws being bad and laws being badly applied, society is constantly at the short end of the stick when it comes to dealing with our justice system. The police investigation into Jules’ murder brought us right back down to earth about where we stand when it comes to being protected and justice taking place.

At Jules’ Gathering of Remembrance, Myrtle spoke about Jules’ shirt that reads Good People Disobey Bad Laws. Here is what she said:

Jules was shot and killed wearing this T-shirt (Good People Disobey Bad Laws) and this is the essence of Jules, the man. He was outspoken and didn’t suffer fools. People have been reminding me of things that he would say, so I have decided to share three important messages Jules has always been at pains to get out into the world. Underlying these three is his message to “Always tell the truth”. Because then you don’t have to remember what you said.

Paul-Michael has spoken about cognitive liberty and how this concept has always been central to what we do. Jules often expressed his deep anger at how those in power lock us out of our minds. Julian and I would never have been able to do what we do without the wisdom of our plants. Our beloved Cannabis, indigenous healing plants, vines and leaves from distant jungles and teacher plants from deserts, mountains and plains across the world. In the last two weeks of intense shock, I have found warmth and comfort in Cannabis and tobacco and drawn on the wisdom of nourishment provided by all our years of plant teachings. Julian and I created something by tapping into so many different communities who provide inspiration, expertise and deep love. Those who make the laws know nothing of the power of the plants and the destruction that their ignorant laws cause. Our governments are locking us out of our own minds.

Jules had a very deep hatred for his ancestors and the enormous destruction they caused across Africa, the “Colonial fuckwits”, as he used to call them. When we were arrested in 2010 and decided to take on the South African government in court, Jules got a certain satisfaction from knowing that he was playing a small part in making up for the terrible legacy of his English ancestors.

Corruption and the extreme poverty that resulted from it, killed Julian. It takes a lot to be a good person and try to make the world a better place. It also takes certain skills and education. When we came home from the United Nations in March, Jules was very angry. What you experience in those hallowed halls of power is a deep, deep divide between civil society and the delegations from the member states. Julian used to say: “The difference between them and us is that all we want to do is make the world a better place and all they want to do is control us.”

In the 10 years we have been activists, we have never, ever been acknowledged by government in any meaningful way. In fact, we are still fighting in court. Why must civil society spend enormous amounts of money trying to be heard? We are the experts and this is the space where you will the clever, the motivated, the poor and the persecuted. We are sick of begging you to listen. We have the answers. Our biggest fear is that you will capture our Cannabis, invade our homes to count our plants and continue to persecute us so that you can hold on to your power and control and buy your fancy cars with the proceeds of our pain. All Julian ever wanted to do was make the world a better place. Our mission together has never been centered around the good of the plant. It has always been about the harms of prohibition.

Our fight is not over until I walk out of the Krugersdorp Magistrate’s court with a thousand rand in each hand – one for me and one for Julian.

Jules and I went on a crazy 15 year adventure. It was never all about Cannabis and I am proud to say that we jumped at every chance to explore the limitless possibilities of life.

In the end Jules was shot and killed for his laptop, but the T-shirt says it all. I will not give up as we love each other the end of beginningless time. 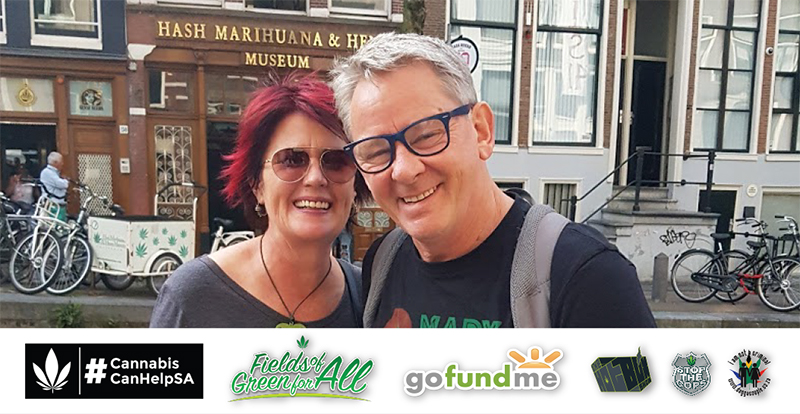 As part of honouring Jules and helping to raise funds to go back to court to protect our rights, we decided to release a new t-shirt: 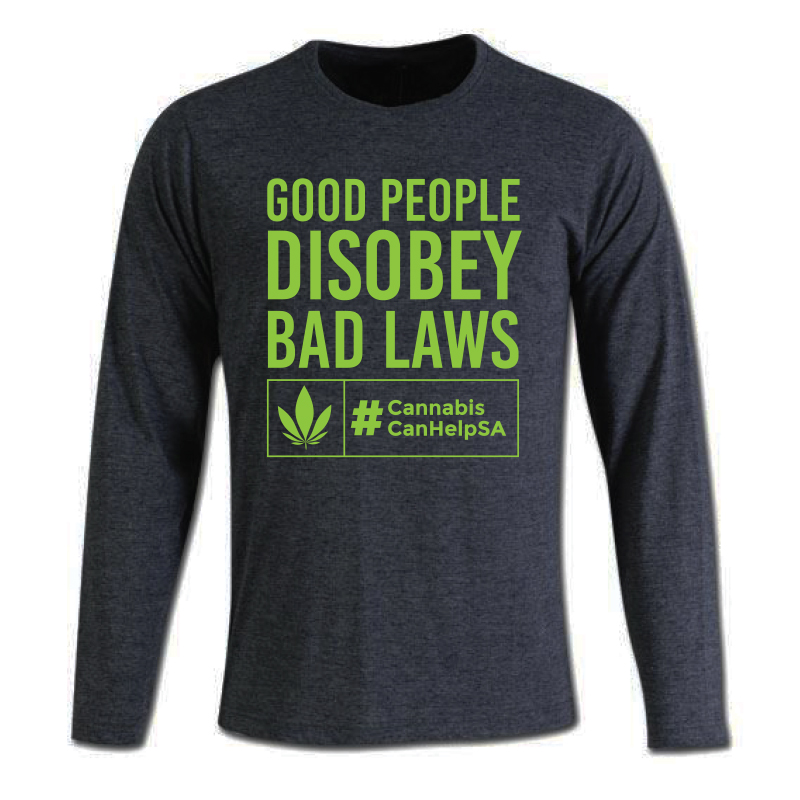 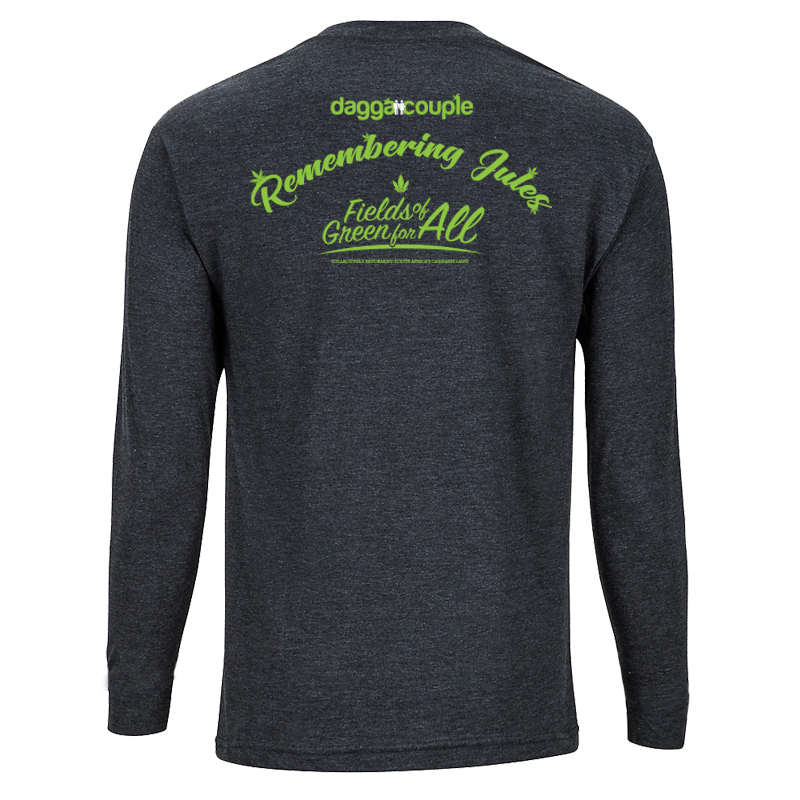 Contrary to the masks we constantly have to cover our faces with, we are done keeping quiet. Good People Disobey Bad Laws. It’s about who we are and what we’re willing to accept in our lives. Enough is enough!

To support us while making your voice heard, visit our shop today to get one of the Good People Disobey Bad Laws T-shirts.  Thank you to Merch on Demand for the amazing design and print work. Please share this message far and wide, so that our cause may be supported!