Hemp and The Industrial Sector

Home>Posts>Hemp and The Industrial Sector
Previous
Next

Hemp and The Industrial Sector 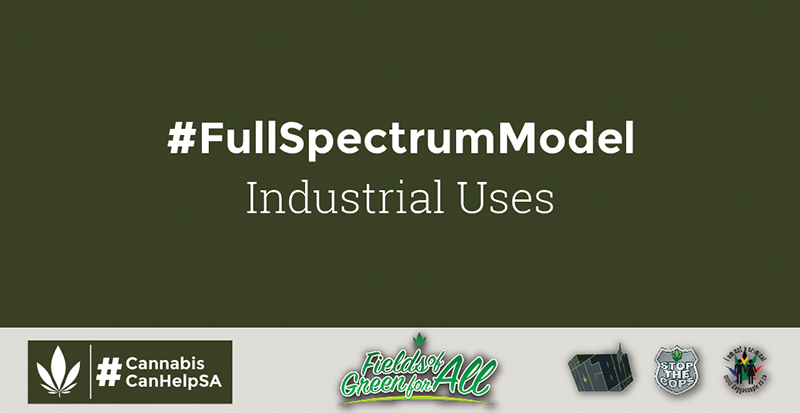 Industrial Cannabis is derived from the Cannabis plant, but particular cultivars contain low levels of tetrahydrocannabinol (THC) which is the active ingredient found in parts of the Cannabis plant that induce psychoactive effects. Hemp is a sustainable alternative that can be used to make a multitude of different products, with the added benefit of being eco-friendly.

Fields of Green for ALL stresses the importance of Industrial Cannabis by listing this use as one of the Four Platforms for our evidence in The Trial of the Plant, as well as one of the Four Pillars of our Full Spectrum Model for Legal Regulation. There can be no argument against this eco-friendly, and sustainable use of the Cannabis plant. Due to its relation to Cannabis, the laws surrounding prohibition and licensing corruption, Industrial Cannabis has yet to take off completely in South Africa. This is despite research permits being issued since 1996. Massive economic benefits will never be realised unless, taking into account the success and organisation of the CURRENT Cannabis industry in South Africa, fair and sustainable regulations are crafted by those entrusted with changing the law.

Fields of Green for ALL is fighting the good fight with a campaign called #CannabisCanHelpSouthAfrica (CCHSA).

The aim of the campaign is to communicate directly with government to ensure that the regulations around the law are fair for the entire South African population, and not simply another opportunity for exploitation of our people and our resources. Fields of Green for ALL’s Manifesto will be accompanied by their Dagga Re-Legalisation Petition, showing the South African government that the community is standing together for the fair regulation of Cannabis in South Africa.

Fields of Green for ALL will stop at nothing until their Manifesto and Petition, accompanied by a widely endorsed letter, reaches the desk of President Cyril Ramaphosa, our Minister of Finance, Mr Tito Mboweni and ALL 22 government departments who MUST be involved in crafting both the laws and the regulations around Cannabis in South Africa. For more information, get in touch with our team.