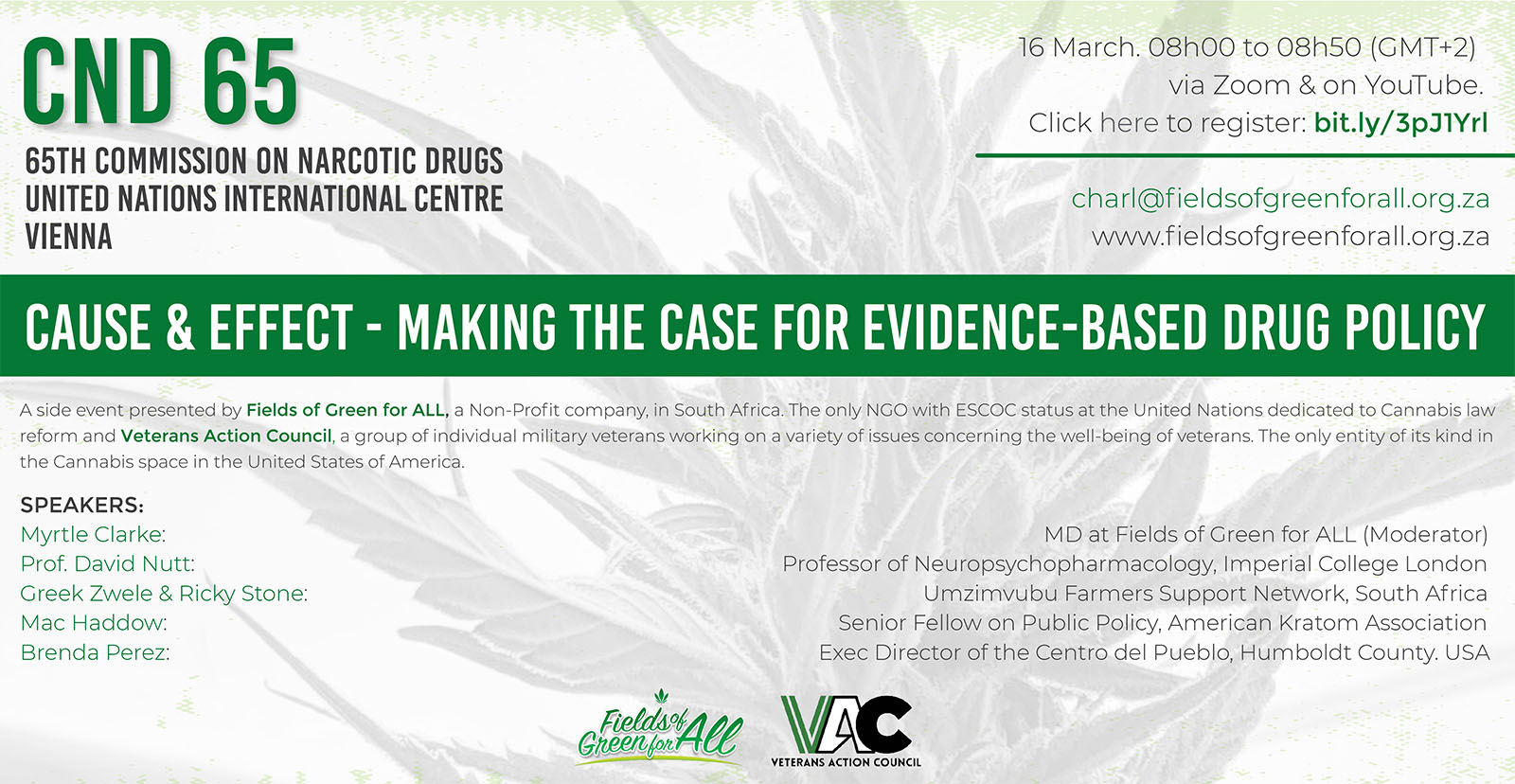 Veterans Action Council, a group of individual military veterans working on a variety of issues concerning the well-being of veterans. The only entity of its kind in the Cannabis space in the United States of America.

Cannabis prohibition is alive and well, particularly in the global south, where traditional use, cultivation and trade in the plant is endemic and part of rich cultural and religious traditions dating back centuries.

The medicinal Cannabis sector is currently dominated by large corporations under treaty driven regulatory systems that have proved to be onerous and exclusive, effectively marginalizing and criminalizing the traditional Cannabis sector. This is largely due to a treaty system that previously scheduled Cannabis into its most dangerous drugs category, without ever subjecting it to an ECDD review. Because of this absence of evidence, the drug control treaty system finds itself dangerously out of step.

Since the positive CND vote in 2020 removing Cannabis from schedule 4, many countries have begun reform. The WHO ECDD / UN process of recommendations in treaty control offers the most direct way to update the treaty’s evidence base and, while it has limitations in how much treaty reform it can generate, it certainly helps the treaty become better fit for purpose.

This side event aims to review and explore the WHO-ECDD/UN scheduling process based upon three recent examples; Cannabis down-scheduled under the Single convention in 2020;

Kratom, which the WHO-ECDD declined to review and therefore resulted in no recommendation to add Kratom into control at this time in 2021;

And the story of Coca, another pillar of the convention that has never been subject to a proper evidentiary review.

Our speakers, in addition to being official observers of the ECDD process, will have first hand knowledge of these affected communities and will guide attendees through the important role these medicinal plant substances play in people’s lives as part of indigenous ritual, culture and practice as well as the promising sustainable industry emerging around their production.

For more reading on previous CND sessions and ongoing work check out these past blogs: Fields of Green for ALL and the CND.

Register for the CND 65 Side Event

Register your details to be sent the links and join us online.