Is Your Dagga Hemp?

Home>Posts>Is Your Dagga Hemp?
Previous
Next

Is Your Dagga Hemp?

It is complex, and has been the source of much debate in plant circles. When is hemp hemp and not cannabis, and how many species of weed are there, or are they all, ultimately, related?

Since 1753, when the Swedish botanist Carl Linnaeus gave the name ‘Cannabis sativa Linnaeus’ to the common variety of ‘hemp’ found in Europe, botanists have been scratching their heads over this ancient plant. 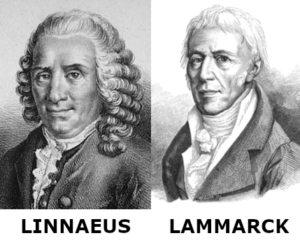 Thirty years later in 1785, European naturalist Jean-Baptiste Lamarck described and named a second species, Cannabis indica, “Cannabis from India”, or Indian hemp, a different plant with broader leaves, grown in mountainous areas for its sticky secretions and hashish production. But it looked like hemp.
Sometimes.

For hundreds of years, this dichotomy remained. Cannabis sativa from northern Europe traditionally used in fibre production with its narrow leaf and thinner stems and Indica from the Southern Himalaya, sometimes used regionally for fibre and food, but mostly prized for it’s psychoactive properties.

Most modern day stoners think of Sativa as a head ‘high’ and mental stimulation, and Indica as a much heavier body ‘high’, and a couch lock, but is it as simple as that? 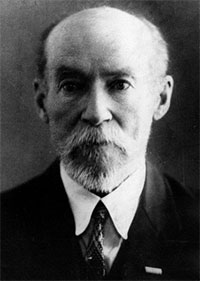 Fast forward to the 1930’s when Russian botanist Dmitrij Janischewsky describes Cannabis Ruderalis for the first time, not because of it’s outward appearance, but because of it’s very short flowering cycles in the limited light of the far northern hemisphere. Outwardly, the plant looked sativa, but it didn’t behave like a sativa and the seed structure was different.

Are all plants belonging to the genus Cannabis just varieties of a single species—or is it correct to recognise at least three separate species?

The waters get murkier when the obvious uses of the plant differ. Sativa looking plants in northern Europe are cultivated for seed and fibre, but very similar looking sativas in middle Asia and the Himalaya are grown for their narcotic qualities. Considering this taxonomy, in the 1970’s when Nixon’s war on drugs was gathering momentum, Cannabis was further split up into narrow leaf hemp (NLH) or narrow leaf drug (NLD), depending on it’s use!

On closer inspection, the Cannabis plants of Afghanistan, prized for their hashish, looked even more squat and broad leafed than the original ‘Indian Hemp’ of the 18th century.
Was this to be annotated as another Indica subspecies, or was it a species on its own?
The same could be said for the Chinese hemp strains grown for millennia. It was broad leafed like an Indica, but it was grown for fibre and seed……

By the end of the 20th century, the genome was grouped into appearance and leaf characteristic. In Northern Europe there was a narrow leaf for hemp (NLH) and China, a broad leaf for hemp (BLH), but the Afghani dank was grown for hashish so that became a broad leaf drug (BLD) and so on.
By 21st century calculations, this table maps the current botanical understanding of the Cannabis species: 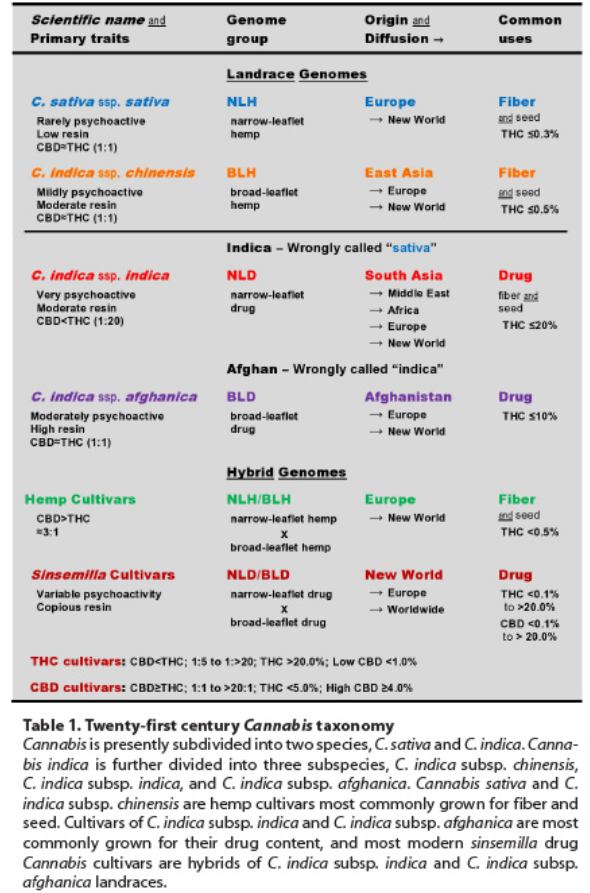 (Table: The Journal of the American Botanical Council)

That’s all very well in botanical terms, but what about in terms of the law?
In South Africa, any Cannabis plant over 0.3% THC is deemed a drug. A Schedule 1, dangerous, undesirable, dependence producing substance with no medical properties’. 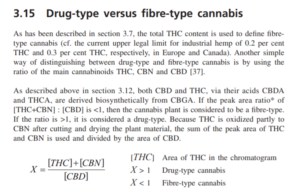 Plants with less than 0.3% THC don’t grow naturally in SA, and if they are being grown, they are cultivars of  ‘hemp’ recently introduced from (probably) Northern Europe or China, and presumably being grown for fibre under strict licence.
(PS: We know of no Medicines Control Council sanctioned hemp trials currently in SA.)
0.3% THC? The Europeans beg to differ. They say 0.2% THC turns weed into a drug, so even at the most fundamental level of understanding, all these percentages seem to be a completely arbitrary thumb suck.
Presumably, they only really become relevant if you ever appear as the defendant on a Dagga possession charge!

Here’s other side of this Cannabis classification conundrum. The United Nations themselves, the world drug police, and the authors of the Single Convention that binds all countries to their 60 year old drug rant, classify hemp in much simpler terms.

Unbelievably, they don’t really seem to care about THC percentages, unless they are shown against the corresponding CBD percentage.
To them, the omnipotent ones, in para 3.7 of the United Nations Office of Drugs & Crime’s (UNODC) 2009 cannabis classification bible, hemp is hemp when the CBD content is more than the THC content.

What a hoot! In 2009 who cared about CBD? In fact, who actually knew anything about CBD in those days? Hemp was grown for fuel and fibre among other things, but not for CBD.
In recent years, since it was realised there is a whole bunch of CBD in industrial Cannabis, the modus operandi is changing. Farmers are no longer planting tight rows of stalks, they are more interested in wide, multi headed bushes of hemp to increase their CBD yield.

All legal of course, because it’s hemp, or high CBD Cannabis with permissibly low levels of THC.
It hasn’t taken long for the world’s Cannabis breeders to come up with high CBD strains. After all, it does appear to have some really staggering qualities as medicine.
These modern high CBD strains are also abundant with THC (and for that matter, every other cannabinoid, terpene and flavonoid), but according to the UNODC, a plant with 15% CBD and a healthy 10% THC (for instance) is classified as hemp.

There is another twist to this tale. With the unstoppable legalisation of Cannabis in the USA and the proliferation of CBD products of every conceivable shape and size and application, the authorities are coming down on CBD companies if they are proclaiming any medical efficacy of their products.
In fact, they recently decreed that CBD is only permissible to ingest if it’s from a weed plant grown as medicine, not a hemp plant grown as industrial Cannabis.

We don’t expect you to win any arguments in court as the defendant with this line of reasoning, because none of it seems reasonable. For the last 70 years, the obsession with Cannabis classification is everything to do with whether a particular strain gets you high or not, not whether it makes nice clothes.

But the next time you’re tugging on a long blade joint of high CBD Haze and the cops pull in, you could always consider telling them the UN recognises your joint as hemp, not Dagga…