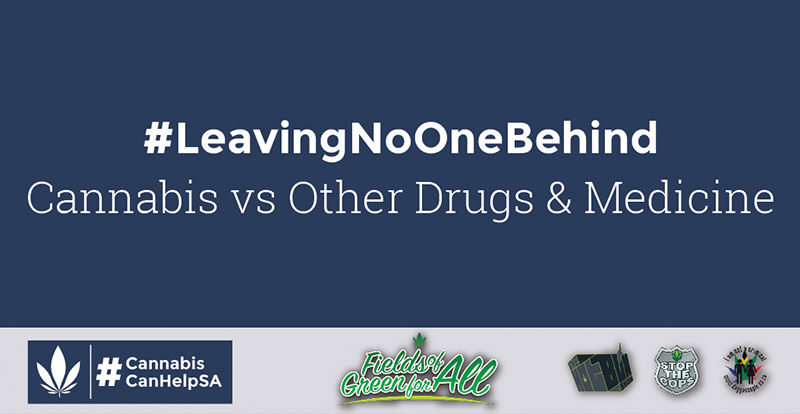 Cannabis as a plant and an industry is multi-faceted with a wide range of uses and benefits, yet conversation around Cannabis policy tends to focus on a single aspect, and this is medical Cannabis. Cannabis policies in South Africa have been structured around two different kinds of uses: the medical use on the one hand (recognized by the Government in 2016) and adult use as a personal right on the other hand. Future Cannabis regulations must acknowledge the intersection of the two and acknowledge the urgent need for education and training across the board.

We at Fields of Green for ALL have always stood by the fact that medical Cannabis and adult-use (recreational) Cannabis should as treated as two separate sectors. The knee-jerk rationale in imposing stringent pharmaceutical industry red tape on a small-scale farmer growing for an adult use market (for personal use) makes no sense. Luckily, there have recent changes to the law that have started the process of recognizing Cannabis as more of an agricultural crop and not only as medicine.  However, we need to highlight that even if someone needed Cannabis for medical purposes, they already have the constitutional right to grow and consume their own medicine since September 2018. Should they not be able to grow their own Cannabis, then they should have the right to access their medicine via Traditional Healers’ Cannabis formulations, Dagga Private Clubs, conventional retails outlets or traditional informal providers.

Whilst a legal Cannabis industry is in the making in South Africa, there needs to be strong policy coherence where laws and regulations must be clear and provide a degree of certainty. A legal Cannabis policy framework should seek normalization and align, strictly according to relevance and scale of harms, with agricultural, environmental, indigenous, healthcare, tobacco, alcohol and other pre-existing policies. Regulations must respect constitutional rights, and be consistent with other policies (e.g. alcohol and tobacco), with the judgements handed down by the courts, and based on evidence.

A highly-referenced study called the “Drug Harms in the UK: A Multicriteria Decision Analysis” which ranked 20 drugs based on multiple criteria and factors of harm, found that Cannabis is less harmful than both alcohol and tobacco. 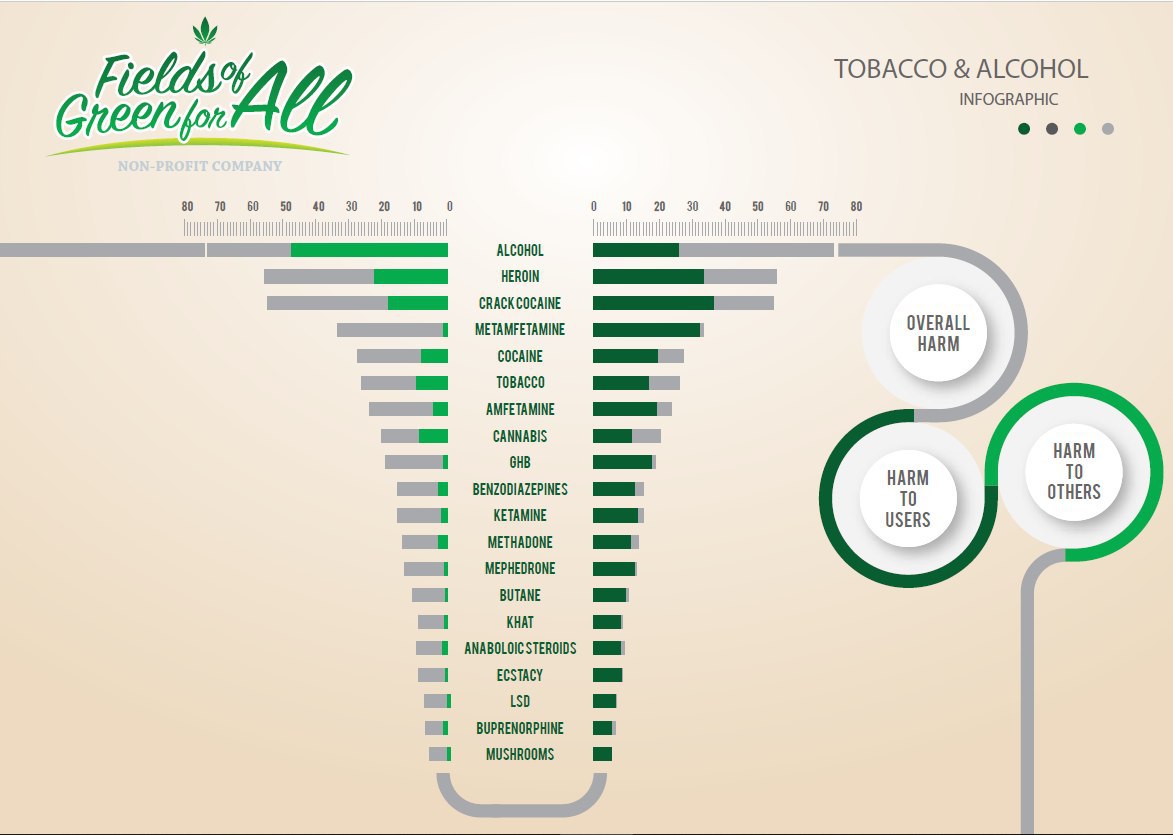 One of the authors of this study, Professor David Nutt, was one of the expert witnesses for The Trial of the Plant and a speaker at Fields of Green for ALL’s Clinical Cannabis Convention in 2017. Professor Nutt insists that science must be put at the heart of drug policy. On the basis of Professor Nutt and his team’s research findings, it is irrational to regulate this plant in a harsher manner than alcohol and tobacco. All Cannabis regulations must be “tested” against the current laws regulating alcohol and tobacco, but Cannabis must not be regulated in any manner that is harsher than these two more harmful substances. Evidence of HARM must be central to ALL regulations. Given the history of Cannabis prohibition and the resultant stigmatisation and misinformation, regulators have a responsibility to craft rational and evidence-based regulations. A fair Cannabis policy needs to consider these factors.

However, it is important to take into account the fact that the development of policies, for example for alcohol and tobacco, are too often rooted in commercial interest and not in health or public interest. There is a long-standing conflict between the enormous commercial driving forces and attempts to enforce stricter regulations.

The right balance needs to be struck between the interests of commerce and public health-based regulation. Government intervention, licensing, pricing and taxation all have precedents set within the alcohol and tobacco industries. Cannabis, on the other hand, offers a blank canvas and the opportunity to introduce evidence-based regulations from the outset. Let us use these as benchmarks within the logic of the scale of harms above. Let us also learn lessons from the failings of tobacco and alcohol regulation, of which there are many in South Africa, particularly as relates to tobacco and the link between corruption and illegal cigarettes.

Cannabis being different than alcohol and tobacco on several points, regulation must be administered by a specific department – and not be lumped together with these more harmful substances, as it was previously with other controlled drugs. Hence the proposal to appoint the Office of the “Cannabis OmBUDsman” to oversee that specifics related to the plant and to its social ties are considered. Having Cannabis policies managed by specific governing bodies allows greater alignment and communication across the entire supply chain.

We must not forget that prohibition has meant cannabis users and growers have and still face persecution and human rights abuses at the hands of South African law enforcement. Cannabis cannot be considered truly legalised until the cannabis community is regulated by clipboards and pens instead of guns and badges.