Home>Posts>South Africa is Voting to Reschedule Cannabis
Previous Next

Member States with voting rights at the United Nations will be voting on whether or not to reschedule Cannabis Following recommendations by the World Health Organisation in 2018. We wrote about this in February last year but shortly after that the vote was postponed.

Together with the Cannabis Industry Development Council of the Western Cape, we have written a briefing letter to various government departments in order to bring this vote to their attention. In the light of our president’s SONA address, South Africa’s vote is crucial in establishing a firm & positive position within the Cannabis space –  in Southern Africa, Africa, the African Union, the BRICS member states and in the world in general.

Fields of Green for ALL has been attending The Cannabis Conference in East London and the event provided a great opportunity to attempt engagement with provincial government officials who were present. It is going to be interesting to travel to Vienna to observe the international vote with the realities of the changing dynamics at home fresh in our minds. 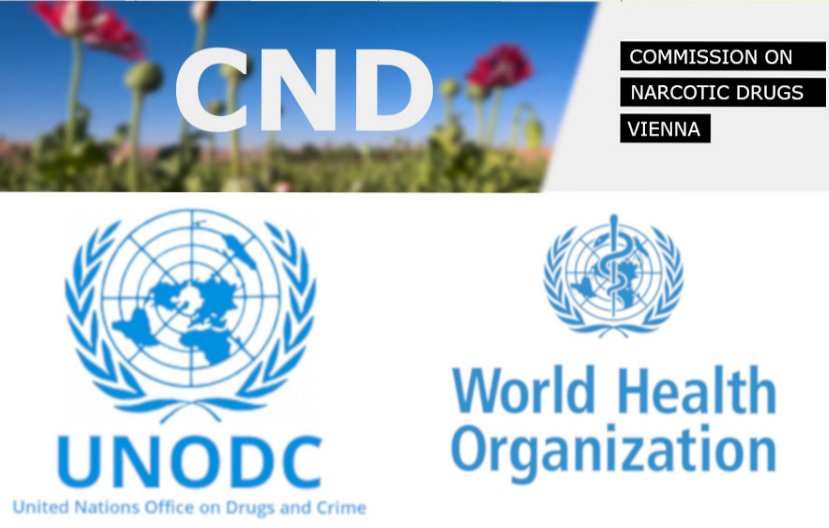 This brief sets out the World Health Organization’s recommendations on the rescheduling of Cannabis, Canada as an example in an international context of a country that has gone the legalization route, and the implications for South Africa where the Constitutional Court has ruled that Cannabis is legal for private use, possession and cultivation within private spaces.

South Africa needs to exercise its vote in line with the Constitutional Court ruling and the President’s SONA pronouncements, in order to open up cannabis markets.

The WHO’s Expert Committee on Drug Dependence (ECDD) recommended, in 2018, the rescheduling of cannabis and several cannabis-related substances. The United Nations Commission on Narcotic Drugs (UNCND) decided to postpone the vote until the 63rd session on March 2-6th, 2020 to give Member States time to consider.

Member States will vote on each recommendation (substance) individually by show of hands. The Required Majority to amend the respective treaties are:

WHO Recommendations (our comments in brackets):

As the Constitutional court has ruled that Private growing and use should be legal, and the Department of Justice will soon be publishing a bill outlining the amounts legal for home possession, we will be in breach of the convention, of which we are a signatory, which states:

Section 5(b) of the 1961 Single convention on narcotic drugs states: A Party shall, if in its opinion the prevailing conditions in its country render it the most appropriate means of protecting the public health and welfare, prohibit the production, manufacture, export and import of, trade in, possession or use of any such drug except for amounts which may be necessary for medical and scientific research only, including clinical trials therewith to be conducted under or subject to the direct supervision and control of the Party.

If South Africa wants to establish a legal Cannabis market with export potential, the options for international markets and transport of Cannabis are severely limited by these treaties.

President Ramaphosa indicated in his SONA speech that SA is keen to establish a Cannabis industry. It would therefore seem paradoxical for us to vote against (or abstain from voting) International Cannabis law reform at the UN level.

We should support the WHO recommendations, or at least abstain from voting while proposing more clarity from WHO, certainly to vote NO as being suggested by the African Union block would be in contravention of our constitutional rights.

The treaties are outdated and need to come in line with the changing landscape with regards to scientific knowledge and changing regulations around Cannabis. This fact was, significantly, highlighted by a statement issued by the President of the International Narcotics Control Board on 27 February 2020: “We have some fundamental issues around the conventions that state parties will need to start looking at,” he said, adding, “We have to recognize that the conventions were drawn up 50 and 60 years ago.”

We should also influence the other AU nations at the UNCND to support Cannabis law reforms so that Africa can take advantage of the opportunities the cannabis can bring without being in breach of the treaties and risking international support.

South Africa has the opportunity to join them in this proactive approach and bring our laws into alignment with the constitution, as mandated by our Constitutional Court.

Canada – In Contravention of the Treaties with No Repercussions

It is worth mentioning that our own Constitution supersedes any United Nations convention. As an example, Canada’s legalization of medical and recreational cannabis is currently in contravention of all three treaties. The 1961 Single Convention on Narcotic Drugs, 1971 Convention on Psychotropic Substances, and the 1988 Anti-Trafficking Convention.

Canada’s response has been to acknowledged the contravention and committed to working with partners in order to uphold the international rules-based framework and protect its integrity.

In a statement to the Senate Standing Committee on Foreign Affairs and International Trade in May 2018, Minister Chrystia Freeland said “We ( the government of Canada) are open to working with treaty partners to identify solutions that accommodate different approaches to cannabis within the international framework”.

It’s also worth noting that after Canada had announced their intention to federally legalize cannabis, they were re-elected to the UN Commission on Narcotic Drugs in March,2017.

In June 2018, the International Narcotics Control Board publicly condemned Canada’s legalization efforts and announced the contravention of the discussed treaties. The INCB is an “independent, quasi-judicial expert body” tasked with monitoring and promoting treaty compliance. “

To date Canada’s cannabis legislation has had no impact to Canada’s international standing and association with trade partners.

It does mean, though, that Canada can’t export any product from its adult-use market, and even exports of medically licensed products is very difficult.

This document prepared by Nicholas Heinamann and Tony Budden / cannabis@afristar.org.za /

Fields of Green for ALL will be reporting from the 63rd Session of the Commission on Narcotic Drugs at the Vienna International Centre, Austria, from 02 to 06 March 2020.