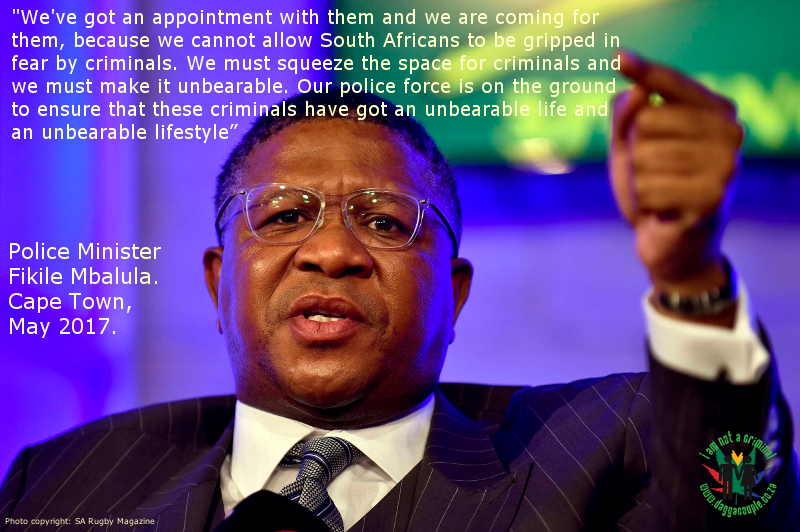 As the Minister of Police gets tough on ‘drug abuse’, the message seems to have diluted by the time it got to the foot soldiers.
Getting tough on drug abuse seems to be a euphemism for leaving arrest protocols at the Station, stripping off all insignia, completely ignoring obtaining a warrant to search, and then spending the weekend terrorising otherwise law abiding South Africans in their homes.

The Dagga Couple inbox was a disturbing read the last weekend of January 2018. Defiled and abused at the hands of a rogue bunch of cops in Stellenbosch and Hout Bay, we received messages from people describing ransacked houses with smashed front doors.
We heard stories of the cavity search of a pregnant woman; rubber bullets at close range, personal possessions including cash being stolen.
We heard of Rastafarians and herbalists having their dreadlocks chopped off by hateful officers.
Their crime? nothing….they weren’t even in possession of dagga. They were just in the wrong place at the wrong time.

“I was only doing my job” is wearing a bit thin now. This wasn’t following protocols as per the Criminal Procedure Act of 1997, this was pure thuggery and malice. 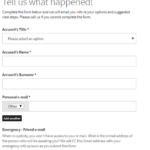 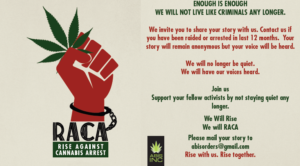 The written accounts are starting to trickle in to the #JoinTheQueue Arrest Helpline SOS contact form.  Many of the victims of the weekend’s rampage don’t have airtime, their savings have been stolen, data is a rarity and more urgently, they are traumatised. There are some brave souls already on the ground confronting the Stellenbosch Station Commander for answers.

Other initiatives are manifesting to do something about this very sinister doubling down by the SAPS.

It seems the more the cops hear of last year’s Western Cape High Court ‘privacy’ ruling and the more they realise there are ‘Stays of Prosecution’ in 9 of the 12 High Court jurisdictions, the more out of control they are becoming.
Without a warrant, the only conviction they can hope to get is an Admission of Guilt by scaring everyone shitless enough for them to sign, pay the fine, “and it’ll all be over”.
The rottweillers put a notch on their insidious quota system, and the hapless low level weed user gets a 10 year suspended.
Game over.

Let’s understand here, we know there is a drug problem in society. Not just the townships and locations of South Africa, but the world over governments are grappling with the problem. What we don’t understand is, throughout the 100 year old history of ‘drug’ prohibition, arresting dealers and users has done absolutely nothing to supply and demand. Banging the weed dealer up for the weekend and then have him back in the community on Monday afternoon is achieving what? Has it convinced anyone not to use dagga? has it stopped supply? – it’ll never stop demand – humans dig using weed, since long before there was a police officer trying to stop it.

From the messages we were getting all weekend, it’s hard to believe the Minister of Police thinks the harms of the cannabis plant are far more serious than having your door kicked down, your head kicked in, your life savings stolen and your hair chopped off.
Oh, but of course it leads to harder stuff…….

So what to do? Well, for the most part, this weekend’s violence was in the Western Cape, a judiciary that has many Stays Of Prosecution so criminal records will be avoided . As for the wine route rotties, we’ll continue to compile witness accounts, case numbers and statements at Join The Queue. We already took a lot of legal advice from friends and advisers as to the next step. It’s going to take some bravery on the part of the accused. This is not an anonymous story collection here, this is the foundation of a much bigger collective and we need you to be completely public about your experiences. It won’t work otherwise if and when it goes to a court of law. 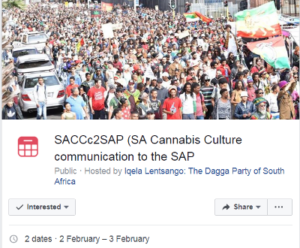 In the meantime, the Dagga Party are coordinating a letter for the cannabis community to download, sign and hand it in a local police station to object to the SAPS brutality. This is not a march as the picture would imply, it is a call to all of you to hand in a letter, get a selfie or proof of you handing in the letter and posting it on the event page for the record. Refer to the event page for further information.

We will of course keep you updated as this story unfolds. In the meantime, register at JTQ – it costs nothing – and download the ‘Know Your Rights’ booklet. Be prepared, and if the cops rock up with no warrant, be brave, take a deep breath and refuse them entry. Film it if you’re brave enough, it is your right. Otherwise, Stellenbosch shame will spread to other parts of the country when the cops know they are getting away with their thuggery.