By Charl Henning|Published On: December 1st, 2020| 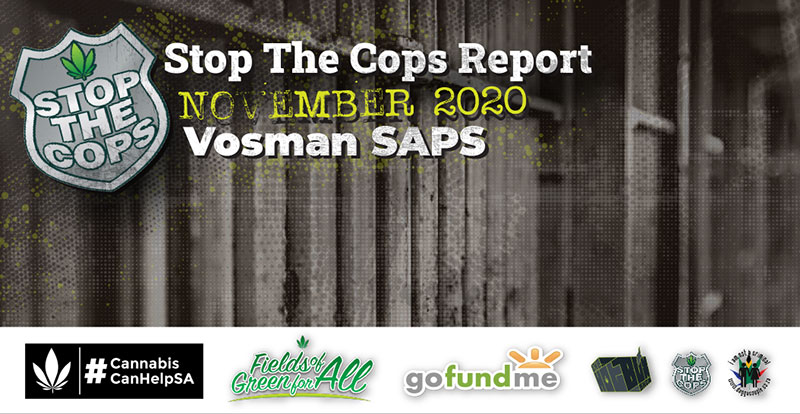 Events as told by the victim: I was recently broken into and arrested by members of the Vosman police force and charged with possession of dagga which I believe is their way of committing robberies these days because such charge doesn’t hold any ground in South Africa. A member of the CPF entered the yard and broke the kitchen door down then after that 3 police Van’s arrived and one police officer entered followed by the cpf member, the police officer then cursed at me, slapped me and asked me where is the dagga(“iphi lensango”). At that moment the CPF member went into one of the rooms and took my boyfriend’s marijuana while the other office took the little money we had which or may not amount to R50. They then told me to take out whatever marijuana I had in the house and I remained silent that’s when they started beating me continued to curse me and threatened to kill me.

They continued to beat me up while vandalizing my boyfriend’s property, one of them said “Bitch where is the weed” (sfebe iphi insango) kicked me in the cervix and blood streamed . One officer took a machete in the house and threatened me with it. They then put me in the van while some of them remained in the house only to follow moments later. They all left with me leaving the house open for looting and when I asked if they were going to leave it open like that they said there was no need to close. When I got home from court on monday I found that several items were missing. When the search was conducted police officers forced entry into a private property without a warrant causing malicious damage to property. The Police men and women also beat me up, a 25 year old mother to a 2 months old baby.

Our attorneys are currently working on a just outcome for this matter.