The Cops Get Sweeping Powers

The Cops Get Sweeping Powers 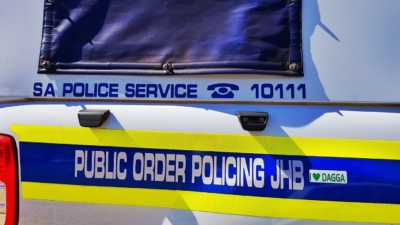 After a week of silence and hardly a call to the Join The Queue National Arrest Helpline, the police have issued a directive as to their future modus operandi, after they distanced themselves from a SAPS Limpopo Province Police directive claiming a 3kg possession threshold for arrest. This figure was verified by their media officer live on the #HotboxShow, a weekly Cannabis culture magazine show on YouTube. The document was sent to a number of police stations and social media pages were abuzz with the 3kg possession news.  Some individuals rang their local police to be told the document was regarded as legit. It seemed like we’d all woken up in the promised land for a day or two.

Now, a week since the judgement was read and the police did a 180 on the 3kg figure,  a SAPS National Directive has been circulated to police stations and prosecutors countrywide. It plainly states that the use and cultivation of Dagga at home is legal. (The word ‘legal’ is used, and we needed to read it twice for it to actually sink in).

However, If the police suspect you to be transporting, shipping, exporting, trading, prescribing or otherwise making money from your weed, then they have the sweeping powers to arrest you, based on individual circumstances.

The caveat is, and again we had to read this part twice – if there is only Dagga involved (and no other drugs /guns or other crime taking place), the police mustn’t detain you. You will instead be summoned to a subsequent court hearing.
No more compulsory long weekend detentions and treatment like a guilty AF animal.

This is groundbreaking stuff which will (hopefully) convince the cops to walk away and now focus on the people who hurt other people in our society. We consider that is an amazing step in the direction of a drug policy that considers harm reduction, which, of course, is a major goal of the current National Drug Master Plan. One of Myrtle’s latest presentations is entitled “Cannabis: The Gateway to More Sane Drug Policies”.

It’s all down to the cops though. Many of them have been brainwashed beyond help… so watch out for the nasty bastards among them. And the others, the passive ones who reluctantly went out to get their quotas? Hopefully they’ve breathed a sigh of relief that they don’t have to carry on arresting non violent young people only to have their lives shattered by a criminal record.

There is no limit on the amount you can cultivate, presumably because the Judges had no idea how much that could possibly be. Of course, we all know there should be no limit at all, but the government has 24 months to come up with a realistic figure…….and we wager that the Cannabis community won’t agree with it. Let’s wait and see, but in the meantime – get germinating.

And what about privacy? What is it? Well, one of the best dissections we’ve read so far is lecturer of constitutional law, Pierre de Vos’ piece for the Daily Maverick .

It turns out privacy is a broad subject and will probably only be thrashed out properly in subsequent court cases, perhaps expedited by the continuing obsession for weed the SAPS might have. Any Dagga possession, cultivation or dealing cases that were opened before the judgement, will still be prosecuted. In fact, Join The Q reported two days after the judgement, a prosecutor in Nelspruit diarised a date to prosecute a student for possession of two grams, and there were two 1.8kg busts on the Natal South Coast the week of the judgement. We’re not out of the woods yet.

On that note, if you have a Stay Of Prosecution for a dealing charge, and you used the JTQ papers, then you are still in the queue. The irony of this profound judgement is, we (the Dagga Couple) are still charged with dealing, so still have to go to the Pretoria High Court and finish what we started. Remember, this was Jeremy Acton and Gareth Prince’s ruling, not ours – we joined as intervening parties at the ConCourt.
If you are on a possession or cultivation charge, we simply don’t know yet what will happen, but you are still linked to the outcome of the #TrialOfThePlant and we don’t have a date for that yet.

Last week’s ConCourt ruling was light years ahead of any North American, Canadian or European legalisation rulings, solidly putting the right to grow and use in the hands of every SA adult citizen who wishes to. No license, no permission, and no paranoia. In fact, we also wager that, after the honeymoon period is over, and the sensationalising has stopped, use trends will be the same as other legalised countries or states. Juvenile use will drop, use by seniors will rise.

You see, now that Dagga has been decriminalised, a major forbidden fruit has been systematically taken out of the picture. For lots of adolescents (and adults alike), it just won’t be fun any more

So, our message to you is, when you’re out and about, NOTHING has changed – except your paranoia levels will be at an all time low. Be cautious and be safe. Regarding your back yard, good luck convincing your parents, neighbours or landlords about your newfound gardening skills because, unfortunately, their opinions might trump the ConCourt ruling. We’re striving to integrate Dagga and Dagga culture into mainstream SA, so lets not piss anyone off from the outset… and do this slowly and politely.