Home>Posts>Unicorn Licenses, Fake Firsts and Other Dagga Delusions
Previous
Next

By Charl Henning|Published On: November 4th, 2020| 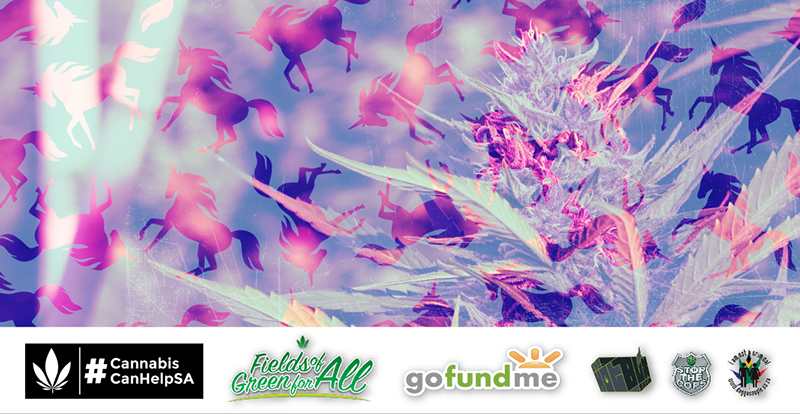 Every day I come across new Dagga ventures in my many feeds. It’s usually somebody on social media telling the world that they are going to be first, followed by screenshots on chat groups. In the 90’s I used to make extra pocket money selling bankies on the side (only to my friends) with the Dagga I got from a grower friend in the country. I never sold to strangers, never got caught and only did it for a few months. Selling bankies to your friends is principled non-compliance as good people disobey bad laws, but using the first supposed loophole that comes to mind and exploiting an already flaky quasi-legal permit or pretending that a traditional healers diploma gives you the right to open a national Dagga dealing franchise is just downright deluded.

Neither the CDCSA/ Department of Health research permits or the SAHPRA medical Cannabis licenses for that matter allow for any sale of Cannabis (in whatever form, raw biomass or processed) in South Africa. There exists no assurance that these licenses are BEE compliant, or even legal as they are not linked to proper guidelines or government approved processes. They seem shrouded in incomplete requirements and shady administration and appear to be just a vehicle for foreign corporate capture and post-apartheid neo-colonialism. Just search online for “South Africa’s first Cannabis license” and look at how laughably many there are already…

All the wannabee loopholers and first this and first that are just smaller versions of the bigger pump-and-dump movement. This is evident all the way from blatant illegal social media dealing to massive companies from overseas such as Steinhoff that recently got into hot water for publishing misleading financial statements. They are not in Cannabis but their case follows the exact same modus operandi by using nefarious ways to inflate their share price. Thin regulations that invite a plethora of trouble is also an international problem.

On 29 October 2020 BFASA, The Black Farmers Association of South Africa lead a march to the Sahpra head office in Pretoria, demanding several adjustments where under “the issuing of licenses should be controlled by a body representing all South Africans in the agricultural economy, especially indigenous peoples who are the custodians of the herb.”

Dagga is a versatile plant requiring complex regulation that covers all four of it’s platforms: The dangling Dagga carrot has extra shine from all the glorifying hype we see daily in the media: Constant dubious projections and reports about the billions and billions of ‘dollas’ that huge companies and investors are already making abroad while Africa is left behind. We read about gigantic opportunities that lie dormant, waiting for the government to give the go-ahead, but somehow that never happens. They love to make it sound as if money can grow on trees and castles in the sky can get foundations in our soil. God forbid we should turn the page to the bust reports and try to do the math! Dagga cannot SAVE South Africa, but it can definitely HELP South Africa, so we need to stop hyping up a good thing and take it at face value. If only the media would focus on why the arrests have not stopped. This prohibitionist mindset almost seems like a mental illness that is very hard to cure.

On Facebook I’ve seen profiles openly selling Dagga with photos of models wearing very little and tasteless skyf memes, all posted with menus and language that would make your parents blush. This is not only the wrong way to go about it, but it really gives Dagga a bad name and perpetuates the prohibitionist stereotypes of the mass media and police. These careless and greedy methods are an insult to all the activists that have been sweating it out behind the scenes and in the courts. No, you’re not part of the informal market if you advertise dagga, you are surrounding yourself with legal fire.

The regulation of Dagga in South Africa is extremely sparse and incomplete, but the bottom line is we still cannot buy or sell Dagga. However there is a fortune to be made from the support industries. Just like at Kimberley, some are coining it with the buckets and spades, not the diamonds. So 2020 is a chaotic year to say the least, and desperate times call for desperate measures, but unless you stick to the rules you will burn your fingers. You need a green heart and you have to be smart, compliant and humble. Be aware that your startup environment is complex and risky, but not without excitement and constant change. Also I doubt I’ve ever seen anyone succeed in Cannabis that was not a user themselves. To know your field through personal experience is a no brainer, especially with something as complex as Cannabis.

Some entrepreneurs seem to be doing the right thing and have been successful with no interruptions for years. The intention to do social good is an absolute must, especially when it comes to Dagga Private Clubs, and an increasingly important element of the Cannabis industry going forward, so giving back to your community is very important. The best run private clubs don’t launch in the public eye, are not visible on social media, don’t advertise their whatsapp number online, do not have menus on Instagram and usually only work by word of mouth or email with a small but loyal customer base. Since the Privacy Judgment of 2018, many Dagga private clubs countrywide have been operating responsibly in this way with no interference from the police or the law.

In a space as complex and rapidly changing as the Dagga industry, with as many personalities as there are cannabinoids, not-knowing just won’t cut it. You need to be on top of your game, or get weighed down by it. In the long run those are the only options.

(roughly translates as “Those that don’t know their place fall off the wagon first.”)