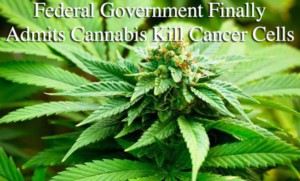 In a rare and largely unnoticed move, the US federal government has admitted that cannabis is effective in shrinking certain types of cancer cells. The unexpected and groundbreaking declaration was made in a recent update to a National Institute on Drug Abuse information sheet on medical marijuana. The NIDA statement reads:

“…recent animal studies have shown that marijuana can kill certain cancer cells and reduce the size of others. Evidence from one animal study suggests that extracts from whole-plant marijuana can shrink one of the most serious types of brain tumors. Research in mice showed that these extracts, when used with radiation, increased the cancer-killing effects of the radiation.”