What is Stop The Cops?

Home>Posts>What is Stop The Cops?
Previous
Next

What is Stop The Cops? 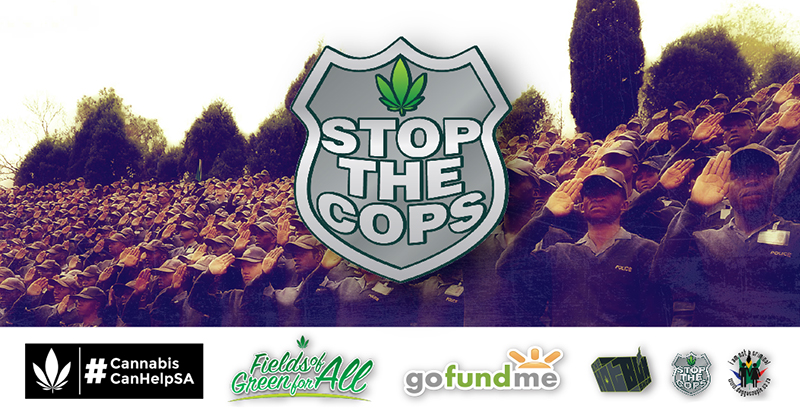 We want the South African Police Services removed from having anything to do with Dagga, immediate and unconditional release of all Dagga prisoners and reparations for the harms of prohibition in the form of total expungements with apology. Our philosophy is very closely linked to that of Steve DeAngelo’s Last Prisoner Project. We firmly believe that science has shown us that there is absolutely no need for Cannabis to be a criminal justice issue at all.

What Stop The Cops is not

We are not Batman with a team of lawyers on standby in each town in South Africa. There are no quick and easy solutions to an unlawful arrest. It’s a constant cat and mouse game between civil society and the incessant police, hunting for bribes and quotas with disregard for any and all of our human rights. Almost all arrests fizzle out in court nowadays, but the biggest threat to anybody with any quantity of Cannabis remains the oblivious SAPS who will still arrest you for even a pip.

Stop the Cops came into being after the Privacy Judgment of 2018. We used to be called Join The Queue because we used to add existing cases in a queue pending the Dagga Couple’s case. Getting your case added meant a months worth of lengthy paperwork in those days. To apply for a ‘Stay of Prosecution’ was no easy task, but in the end we achieved 104 of those, and they are still valid. The Trial of the Plant is NOT over yet.  After the Privacy judgment we anticipated that the police would respect the Judges’ decision, but the arrests (almost all of them now clearly unconstitutional) continued, so we became reborn as Stop The Cops. To this day we still get arrests reported on a daily basis. We will not stop helping people until the cops stop the arrests.

The Best You Can Do

We do know many lawyers (but not in every town!), prosecutors, ordinary citizens that have been through these arrests and knowledgeable folks that just want to help, and they have shined at resolving cases through our fight against criminal injustice. The only ones that were problematic are where folks did not know their rights and got sucked into admitting to diversion or worse, paying a fine. Even this week we still had a Hatfield Pretoria lawyer recommend to a victim that they should pay a fine or choose diversion. Terrible advice from somebody that really should know Dagga law before he leads more victims in the wrong direction! Paying a fine means admitting guilt, which gets you a crippling criminal record that simply states ‘DRUG CHARGE’ when your future employers do a background check. Without exception folks that know their rights and stand up for unlawful arrest in court have their cases struck. The corrupt system can only get you if you don’t know your rights!

What we do have is a strong constitution, and most of all we believe in empowering people with knowledge. If you know your rights, you may not even need us or a lawyer to represent you in court. Apart from the Drugs and Drug trafficking act where parts have been declared unconstitutional but not rewritten or replaced yet, our rights with Dagga is clearly laid out in the following four documents. These documents are just about all you need to fight your argument in a court of law, and what they contain is actually VERY powerful. They are the KEY argument to why you should not be arrested for Dagga AT ALL. Anything the police tell you about quantity is all lies because currently you can grow and possess as much Dagga as you want! BE AWARE that the law that says more than 115g of Cannabis constitutes dealing has been deemed UNCONSTITUTIONAL in S v Bhulwana; S v Gwadiso 1996 (1) SA 388 (CC). Twenty five years later the police are STILL lying about this! Print these documents out and give copies to the police, prosecutor and magistrate before you appear. Chances are they are not even aware of your rights that are spelled out here. THIS IS THE LAW:

Make sure to also report unlawful arrests to: