When the Cops Come Knocking

When the Cops Come Knocking

By Charl Henning|Published On: December 9th, 2020| 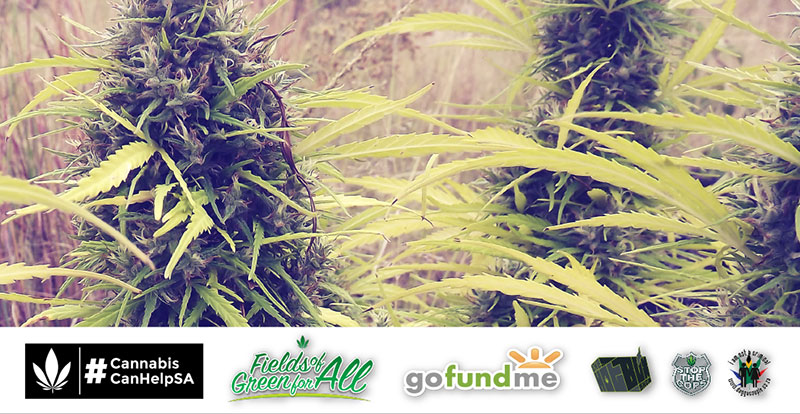 Arrests can be divided into two categories. Those where the victims know their rights, and those where they do not. Here follows how I interpret the four documents that were set out by government to guide the SAPS in why and when a Dagga arrest is necessary, which should be never. We will focus in particular on the police directive. Document 2 on our list. Every responsible stoner should print and keep copies of all four documents near their grow or stash.

If you do NOT know your rights

Not knowing your rights puts you at the complete mercy of the police. For some reason folks still trust that the police are honest and there to protect civil society from the bad in the world. People assume that the police deal with arrests on a daily basis and therefore of course in an arrest situation they will know exactly what is allowed and what is not, and will be able to guide you through the situation with good advice. After all, we pay this peace force in taxes to protect us. Unfortunately this cannot be further from the truth.

We do not have a single arrest on our system where the South African Police force followed just procedure. Instead they lie and cheat and steal from civil society, and a so-called dagga arrest is the perfect opportunity for them to milk bribes and quotas, get heads for their buddies in the rehab industry and generally take out their pent-up aggression caused by dealing with actual criminals in other situations. This is done by deceiving the trusting of folks that don’t know their rights. They will manhandle you, steal from you, physically abuse you and generally chew you up and spit you out UNLESS YOU KNOW YOUR RIGHTS. Even then you are not safe, but staying alert and calm during the arrest and being aware of what your and the police’s rights actually are in an arrest situation, can go a long way towards protecting you. The moment the police realize that you know your rights, you will have an advantage! It can make or break the situation.

If you DO know your rights.

The cops knock at the door. You open. They announce a search procedure. It is best that you stay calm and polite. Taking offence and showing aggression will not work out in your advantage. Save your emotions for your official revenge with a lawyer in a court of law! Take notice of everything that is being said and done. Remember the names of the officers. You are allowed to film the police.

You may refuse them entry if they do not have an official warrant and fail to produce you with a copy. A warrant must have your full name and address, today’s date and the signature of your local magistrate. To obtain such a warrant is no easy task. The police need reasonable cause for suspicion that you are dealing. To prove dealing is really complicated and requires concrete evidence, like marked banknotes and photos. Without a warrant the entire arrest is now rendered a waste of time and has a 99% chance that the magistrate will strike the case (if it even appears on the roll at all). You should not be arrested for possession or cultivation in a private space. It is a sign that something is very wrong.

Insist on getting arrested

Currently during most arrest scenarios at #StopTheCops, the actual arrest does not even happen! This is the most dangerous situation as the cops can mess you around for months and years if the case does not go to court. It is better to insist on getting arrested so the matter can be written on an official charge sheet and heard before a magistrate, than to fall prey to the police’s intricate web of deception and blackmailing. We had cases reported where there was never an arrest, but the police came back periodically for their ‘protection money’. NEVER TRUST THE POLICE AND ALWAYS KNOW YOUR RIGHTS.

According to the police’s version of our rights, if the period of 48 hours expires outside ordinary court hours or on a day which is not an ordinary court day, the accused must be brought before a court not later than the end of the first following court day.

Should the cops have a valid warrant that complies with all the checkpoints I mentioned, then you should simply ask for a case number and a court date. It is important to note that 99% of the time the cops will not have a warrant and therefore will be breaking the law if they enter your private space against your will. Just because they are threatening arrest, does not mean that the magistrate will not dismiss the case. The majority of cases get struck. Only if there are other circumstances, such as possession of other drugs or unlicensed firearms or the person is a flight risk. Only then may SAPS make an arrest. Many don’t know this and still get held unlawfully with no paperwork and thus no paper trail, so the officials don’t get caught out. Rather insist on getting arrested and check the charge sheet for mistakes!

It is important to note that the police cannot just destroy plants or dry flower. ALL YOUR PROPERTY INCLUDING YOUR DAGGA have to be returned if you are not found guilty or if your case is struck off the roll. This is another reason to insist on actually getting arrested instead of letting the police play games. Pulling out plants is destruction of private property by the police and will not hold up in court. The police can be held liable for destruction of private property and you can by law get monetary compensation for every cent of your loss. Sadly many don’t know the right lawyers or cannot afford to take on the legal challenge after their private grows are called drug labs and they are raped by the SAPS. By not deregulating these arrests the government have once again allowed our human rights to be abused by the people we pay in taxes to protect us.