Why does the Cannabis Community hate the SAPS so much?

Home>Posts>Why does the Cannabis Community hate the SAPS so much?
Previous
Next

Why does the Cannabis Community hate the SAPS so much? 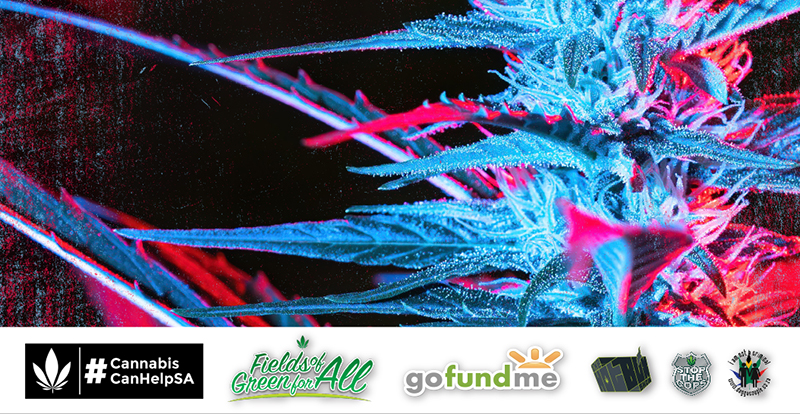 Well for starters, it’s not just the Cannabis Community.  It seems there’s not too many South Africans who would purposefully interact with police if given the choice, based on their unending thirst for corruption.  Even for the simplest process, such as certifying a document, people would rather drive twice as far as the nearest police station to avoid the arrogant rot.

The SAPS has done an amazing job at destroying their own reputation.  It was discovered in a 2014 audit that 1448 members of the police are convicted criminals, among them a major-general, ten brigadiers, 21 colonels, ten majors, 43 lieutenant-colonels, 163 captains, 84 lieutenants and 716 warrant officers, with a whopping 3204 convictions amongst them.  At least 64 of them are based at SAPS Headquarters.  Promises were made that the rot would be dealt with by the end of June 2014.  By the end of July that year nothing had been done, no steps had been taken. According to my research, none of them have been suspended or fired to date.

This is old news though.  The Cannabis community has felt the lash of corrupt criminal police for years.  The general consensus is that we’re tired of having our homes unlawfully broken into, being assaulted, kidnapped, having our plants and very expensive equipment either smashed to pieces or sold on to less scrupulous growers (unfortunately there are still too many people out there who perpetuate the rot by lining the pockets of corrupt police).  We find our weed being sold by dodgy dealers who are safely ensconced in the arms of the corrupt Hawks.

Our Stop The Cops initiative sees citizens from all over South Africa tell their stories of police brutality and violation of their human rights. We have stories about the police not being aware of our Cannabis possession rights and disregarding their own protocols, the police unlawfully entering homes and assaulting members of the public, a teenage boy being groped by police in front of his class, again unlawful entry coupled with violent behaviour and disregard of any human worth, the police arresting and detaining innocent citizens without placing a case on the roll, and pure and plain extortion by members of SAPS. These are just some of the horror stories related to Cannabis. Outside of Cannabis, there was a story just last week of an officer who got arrested for molesting the child rape victims he was supposed to protect. What about the woman that was raped by a police man in police custody, this year?

Just in our own crew, some of our members were unlawfully arrested in the thick of lockdown and forced to witness the assault of 3 Zimbabwean males by members of the SAPS – drunk on duty from the alcohol they confiscated earlier that day. They were released on bail and didn’t even see the face of the magistrate before their case got thrown out. During the raid they were part of, members of Crime Intelligence were on the phone, openly organising to deliver cigarettes to their friends and family (in the middle of the tobacco ban) while drinking a bottle of wine and putting cash that they found in the home, in their pockets. No lies.

A few weeks after Jules’ murder, another member of our crew was assaulted and unlawfully detained for having 0,8grams of Cannabis in his car. Concealed, in his private space.

I reached out to a couple of Facebook groups to get some community input as to why it is that our community feels the way that they do:

The fact that the cops use people’s ignorance or lack of knowledge to intimidate and profiteer. They choose many soft targets for easy picking.

Many times, the community want to work in accordance with what is allowed but we want the full freedom to do so.

they think they are the law. Raid and bust and steal our stock and gear. Went through a very traumatic experience last year, with kids involved. We were kept and interrogated for hours. Guns blazing and all. None of us got arrested. Our stuff got taken and sold to another dealer.

And I still say and stick to my point, as a huge advocate for the plant, I was more than willing to be arrested. That way I could have been heard and my stock and equipment returned. As I am in possession of a legal doctor’s letter, for my medical condition.

We can’t work with them if they can’t work with us. SAPS should put the focus on illegal imports not home growers. How can I call the cops if there is a burglary? They gonna want to pull my shit instead of sorting out the real issues. So, is it still my right to beat up a thief in my private space? Still my Right to privacy.  This is what I’m going through right now. Someone broke into my flat and stole my TV some phones and other small stuff and most of my weed that was drying.

I didn’t wanna call the cops or go open a case coz of the fear of them pulling my plants and summa wanting to arrest me.

It’s hard to teach them the simple difference between drugs and a plant. Terribly frustrating to deal with stupidity.

In my quest to find answers from the Cannabis community an Emergency Services worker contacted me and asked me to please keep a few things in mind.  He is part of our Cannabis community, but he has asked that we also, in our yellings of “Fuck the Police”, please keep in mind that they’re not ALL bad.  There are still a few who put their lives on the line.  This week alone, in his words: ”It’s only Tuesday and I have already attended to a policeman shot in the head for trying to intercept car thieves, a policeman critical in hospital for intercepting armed robbers that had robbed a business, another policeman shot dead on a fake emergency so they could steal his firearm.”

There are apparently still a few good cops out there, its just that they’re few and far between and they’re definitely NOT the ones who keep coming after us.