Decriminalisation From The Top

Home>Posts>Decriminalisation From The Top
Previous
Next

Decriminalisation From The Top 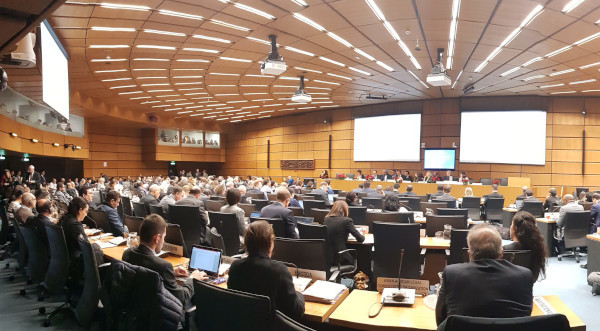 In a briefing of seismic proportions, 31 offices of the United Nations, including the dinosaur in the room, the United Nations Office on Drugs And Crime (UNODC), has recommended the decriminalisation of all substances.
Although the notion of  harm reduction, substitution therapy and drug courts as a token of the UNODC’s compassion has been talked about since the 90’s right up to UNGASS 2016, the word ‘decriminalisation’ has been  a tough word to get out of the world body.

Significantly, a real sense of cohesion – 31 departments no less, has come from this statement.
It’s like the whole Executive branch actually all mean it this time.

Whether or not it filters down to the likes of most of Asia, Russia, and the Middle East is anyone’s guess, but common ground at the UN is a rare and beautiful thing.

It’s worth mentioning at this point, this particular committee was chaired by UN Secretary General, Antonio Guterres, who as Prime Minister of Portugal, decriminalised all drug use fifteen years ago. When he was elected SG, it was with a sense that there was change coming in the attitude and a change of language around ‘illicit’ drug use. He has achieved a lot in a short time.

Drug policy reform is galloping along in the corridors of the beast in the first quarter of the 21st century.

One of the best places we’ve found so far for an in depth analysis of this far reaching statement by the UN is from the team at Transform.