Do You STILL Want a License to Grow Cannabis?

Home>Posts>Do You STILL Want a License to Grow Cannabis?
Previous
Next

Do You STILL Want a License to Grow Cannabis?

By Myrtle Clarke|Published On: February 5th, 2019|

In 2017 we wrote a blog post called “Do YOU want a license to grow Cannabis?”. That was 2 years ago and we can assure you that, when it comes to the issue of asking the government to give you permission to do what is now your constitutional right, nothing has changed. To date, NO licenses have been issued and this was confirmed today by SAHPRA (South African Health Products Regulatory Authority) with Business Day carrying the story – All Cannabis Medical Products are Illegal, warns Regulator. 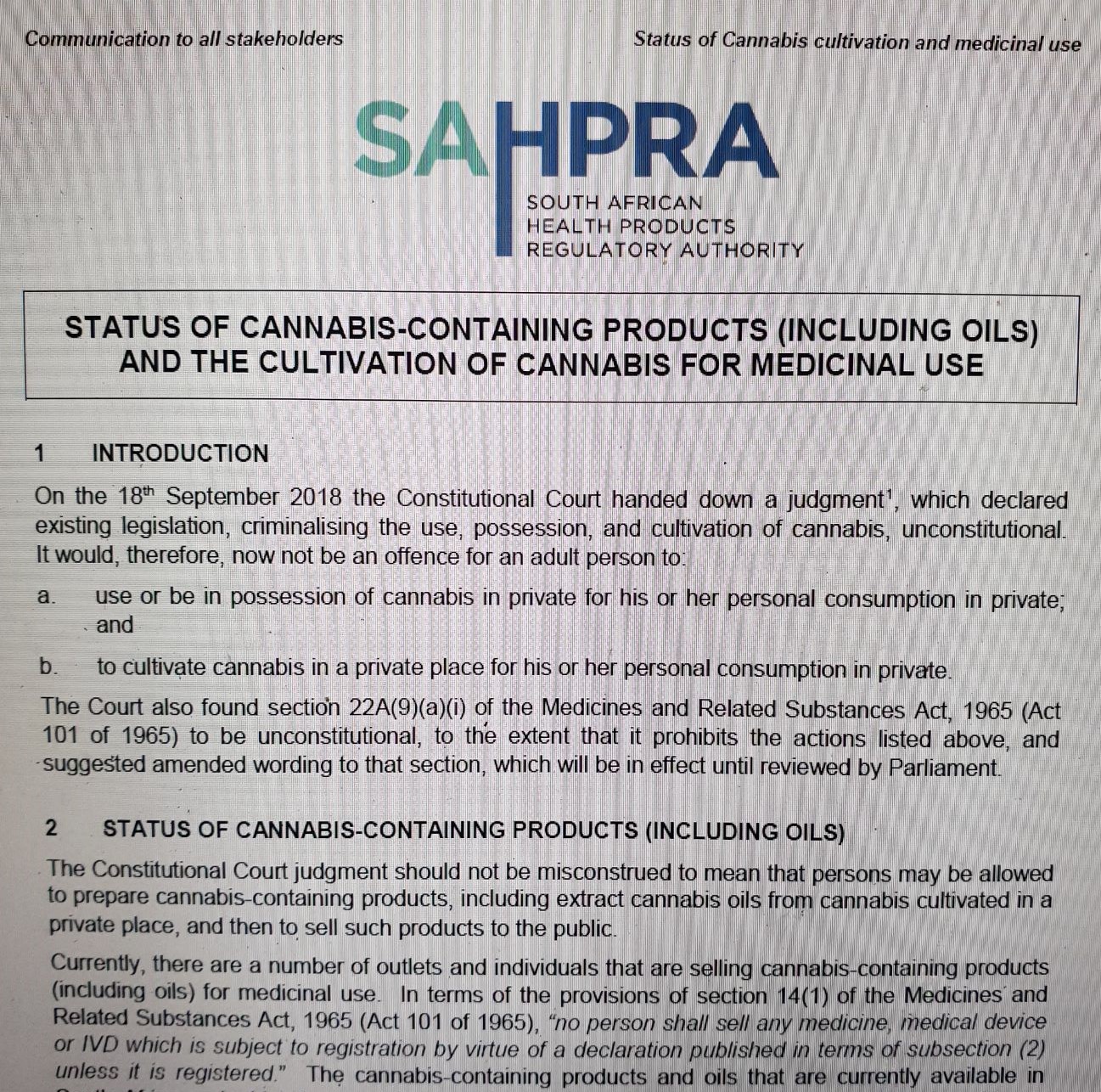 The article was substantiated by a ” communication to all stakeholders” by SAHPRA, dated January 2019 and titled: Status of Cannabis-containing products (including oils) and cultivation of Cannabis for medicinal use. Download: 9.122_Status_cannabis_Jan19_v1

If you go all the way back to 2015 when the guidelines for obtaining a research license or those for a patient to obtain special permission to use Cannabis as a medicine, you will realise that nothing much has changed. Sure, there are some licenses in the pipeline but it is a fact that NO official licenses or permits have been officially issued by the South African government.

But. There are licenses floating around out there. How come? We have seen some of these ourselves, right there on the Department of Health letterhead! Smells fishy but we are far too busy to go digging around conspiracies or hearsay. Someone, somewhere is giving people the false impression that they are now among the FIRST to get on the “legal” bandwagon. And that’s what everyone wants to be – the FIRST.

As activists we have no problem with people getting a false sense of security from a piece of paper. We know that, should the police do their jobs properly AND investigate a case properly AND it lands up in court, these pieces of paper are worthless.

Civil disobedience is part of what we do, it is a part of activism worldwide and has been happening, with some success, through the ages. However, with the awarding of these pieces of worthless paper comes a sense of entitlement and presumed expertise. Some have even dug up bits of the law and skewed them to such an extent that they are convinced they know better than even the learned judges of the Constitutional Court. Or so they say on social media!

Civil disobedience then becomes fraud. In an attempt to crowd the starting blocks, franchise opportunities are all over the place. To claim that you are selling a franchise that comes with immunity from the law is fraud. Don’t be sucked in.

There are so many ways to get ahead in the Cannabis business right now in South Africa but citizens are warned to do their homework, lots of it. There has not been enough time for anyone to have done enough homework since the September judgement. Certainly not enough to be brazenly peddling your wares in the name of a company that has your back. Collectives, Co-ops, Private Members Clubs and the various permutations of that model are fully possible. BUT, to quote our esteemed legal team: “You need to survive a forensic audit.” If you are very clever you would be in the Cannabis support business right now, those guys are rocking! If it is the good plant that has you hooked (we always say that the most addictive part of Cannabis is growing it) and you simply can’t wait, then keep it quiet, keep it small and keep it between your family, your friends and your community. You just have to be creative. If you don’t have enough people close to you to be able to be creative in your endeavours then you are going to be compelled to splash yourself all over social media and that is VERY RISKY.

In the 8 years of our campaign we have reiterated that Cannabis enhances creativity. So use the good plant, get creative & stay focused on the facts. Get off of social media and spend your time in the garden and at the drawing board coming up with a plan that does not deceive or rip people off.

If you send us a message asking us about a license, we will simply reply with a link to this blog post.