Home>Posts>Just Another NDMP.
Previous
Next 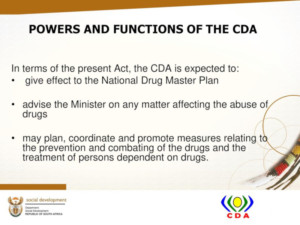 The National Drug Master Plans. The guidelines as to how the government plans to tackle what is usually described as the ‘scourge of  drugs in our communities’. Since 1999 there have been three NDMP’s, and is the apex of the work done by the Central Drug Authority for the South African government of the day.
You’d be forgiven for not hearing about such an important document that affects millions of South Africans, but there is rarely any fanfare upon their release.

As with most documents of this nature, the words used to describe people who use illegal substances are  born from moral judgement and continue to stigmatise what is usually the most downtrodden and resource less members of our society.
Additionally, in an NDMP use always equals abuse. There is no middle ground, There are no balanced, healthy consenting adults using illicit drugs to socialise and interact with their circle of friends. To the CDA, anyone who comes into contact with an illegal drug is sucked into a ‘gateway’ vortex that immediately turns to ‘where am I getting my next fix from’?

The NDMP’s have all been constructed around unrealistic goals. NDMP2 had a vision of a “drug free society”. A completely arbitrary suggestion give the fact that the CDA almost always sits on the fence when confronted with the irrationality of tobacco being legal and cannabis (for instance) being illegal.
Another classic NDMP “war on drugs” attainable goal is to “take measures to decrease drug demand”.
Good luck with that.
Humans have been striving to alter their consciousness since time began. Conveniently, sugar caffeine and tobacco don’t really figure in NDMP’s. That really would be a hard sell.
The current NDMP3 , in force since 2013, dressed itself up in a harm reduction suit, a seemingly more compassionate document, but alas, since it went live, arrests for ‘drug-related crimes’ increased from 205 164 in 2013 to 292 388 in 2017. Nearly 90,000 more people. An increase of 42%.
In the same year, the Anti Drug Alliance in their “At What Cost” report stated 99% of all drug arrests in Gauteng were for cannabis/dagga.

Harm reduction lip service from the NDMP, but least the accused could now theoretically be sentenced to rehab instead of being caged. A decision not based on whether the defendant was a users or an ‘abuser’. There’s simply no distinction and the NDMP3 has obviously been interpreted by the police as a criminal problem to solve rather than a health problem. An alarming undertone of the NDMP3 is to ultimately blame the individual for the drug problem.
The arrogance. Their system of punitive punishment is creating problem users unable to cry for help, and turning them into alienated, unemployable criminals.

Groundup posted an upbeat report on the latest NDMP, due to be released later this year. For the first time ever it would seem the CDA has been intent on listening to civil society organisations and problem drug users themselves in an attempt to draft a realistic policy based on compassion, health and human rights. A big shift from the rottweilers in blue ruining your weekend, locked in a metal cage with a selection of unsavoury characters.

For a detailed critique of the forthcomong National Drug Master Plan 2018-22 we recommend you download this working paper authored by UCT criminologist and Trial Of The Plant expert witness, Dr. Simon Howells and co authored by Shaun Shelly from the TB/HIV Care Unit at the University of Pretoria and the founder of SA Drug Policy week.

It was their working paper that inspired this post and is well worth a read if you want to get up to speed with what to expect from the next 4 years of policy planning. Whether any of it filters down to the ground, especially the SA Police Service, remains to be seen. It was the CDA who recommended the decriminalisation of  all drug use in 2017 but unsurprisingly, nothing has come of it. Not even a debate.

So don’t get your hopes up that the next four years will be any different.