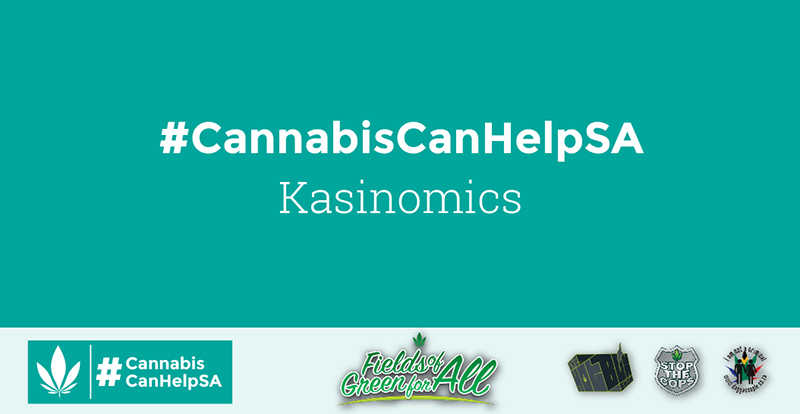 In our previous post about the “enormous” Cannabis economy, we speak about truths in the failed global experiment for Cannabis companies to grow as quickly and unsustainably as possible, with Jamaica being a prime example. Instead of developing export markets, especially in a time of pandemic-related supply chain and policy uncertainty, there is more logic and opportunities in developing a local market, which we call Kasinomic Cannabis. A term often used in our Cannabis Can Help South Africa (CCHSA) campaign and regulation discussions found in our Full Spectrum Manifesto for Policy Reform. First, let us unpack what Kasinomic Cannabis actually means.

Kasinomics is a term coined by GG Alcock, an innovative forward thinking marketer and author who specialises in the informal sector in South Africa. A “kasi” is urban slang for a township such as Soweto or Diepsloot, and is the result of apartheid urban structuring where people were forced to live in designated areas, based on skin colour. Fast forward over two decades since the fall of Apartheid, these densely populated townships form a sprawling and eclectic collection of many different kasi informal businesses that contribute billions to the economy as well as create millions of jobs, hence kasinomics.

Kasinomic growers are small-scale farmers whose cannabis products would typically be used privately by the grower or their community, or sold in generally small quantities as a source of essential income. This existing informal market is a major factor that sets South Africa apart from other countries that have moved towards regulating cannabis. As well as reductions in criminality and corruption, there is large potential for increases in income and economic opportunities for many marginalised populations, if regulations are adapted to their situation.

As mentioned in our previous posts both the Hub and Dagga Private Club (DPC) model need to be acknowledged and included in upcoming cannabis laws, as they will be important in creating a successful cannabis economy, driven by hundreds of thousands of small-scale Kasinomic growers. Affiliation to Hubs can serve as de facto licences for those who do not have business registration. This is a simple and accessible manner for all South Africans – including thousands of previously disadvantaged citizens – to have real opportunities to enter the formal economy. The combination of registered businesses and Kasinomics operators within a single Hub will also contribute to broadening the knowledge base of those previously disadvantaged. 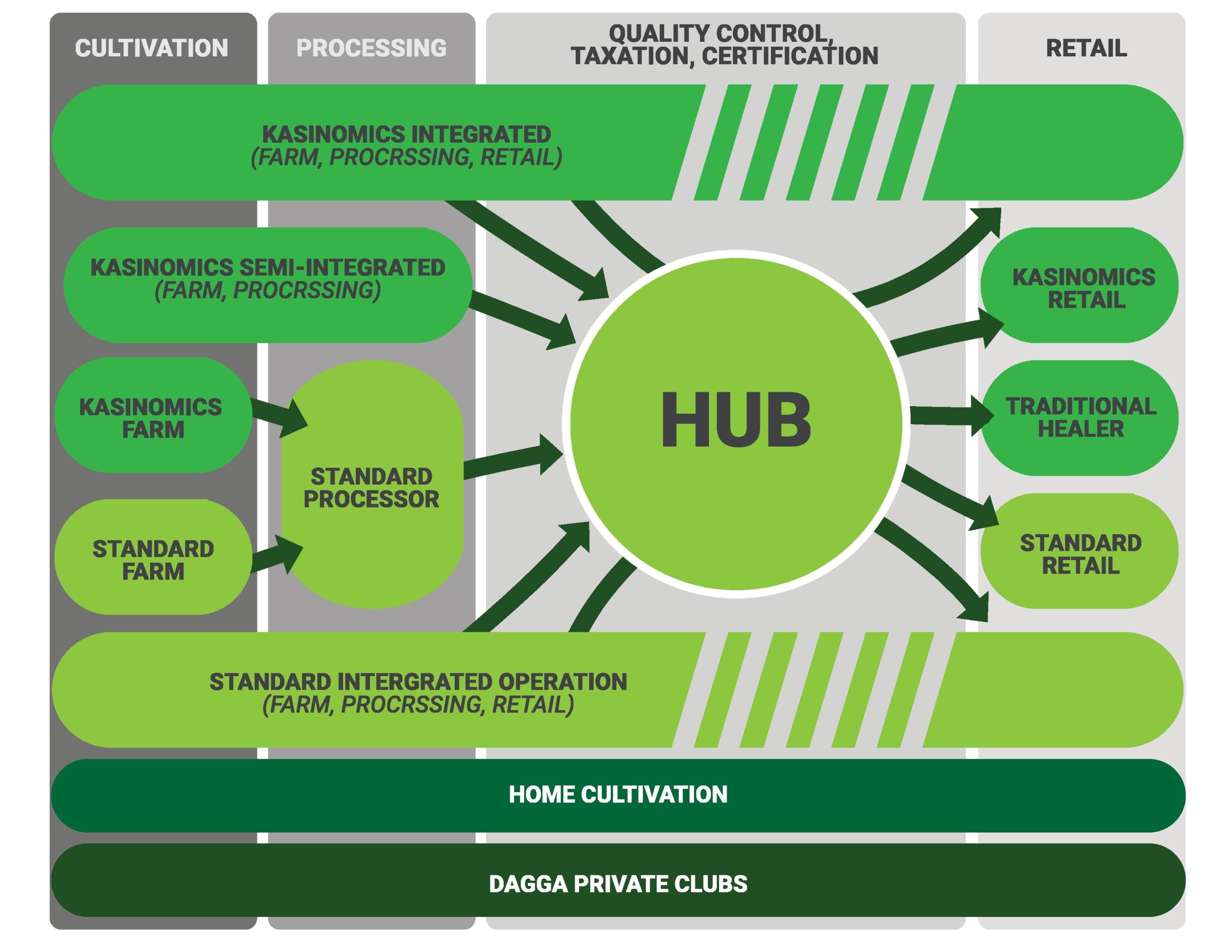 There is also an urgent need to recognize the rich popular knowledge linked to informal markets, often linked with legacy folklore and/or specific genetics of the Cannabis plant which all deserve protection. Our landrace cultivars are celebrated across many cannabis communities in the world, even with the famous Girls Scout Cookies having Durban Poison lineage. Traditional production and producers must be protected and specially regulated in any reform, and included in the value chain from the beginning with a softer set of minimal requirements.  Recognition of Intellectual Property (IP) will be of special importance in South Africa to help protect communities with traditional knowledge (TK) and traditional cultural expressions (TCE) linked to the Cannabis plant and its uses. Community-focused Cannabis IP protection policies will also be a tool to build local brands that add value to the historical Cannabis products and cultural uses, and help create a path to for local communities and entrepreneurs to truly tap into the Cannabis economy.

Last year Fields of Green for ALL participated in a discussion panel titled “Cannabis: Great new Business Opportunity or Hype?” hosted by the Gordon Institute of Business Science (GIBS), where we discussed the current state and potential of kasinomic Cannabis. We often use a simple litmus test in discussing if a proposed legal cannabis framework is actually inclusive and human rights’ based; can a self-employed informal trader in a township sell cannabis without being harassed or arrested, whilst the GMP grow facility down the road sells bar-coded cannabis products with impunity? Fields of Green for ALL are campaigning for legislation that supports and empowers the most impoverished in our society, whilst helping build a thriving and robust local cannabis industry.