Home>Posts>People Power and Our “Enormous” Cannabis Economy
Previous
Next 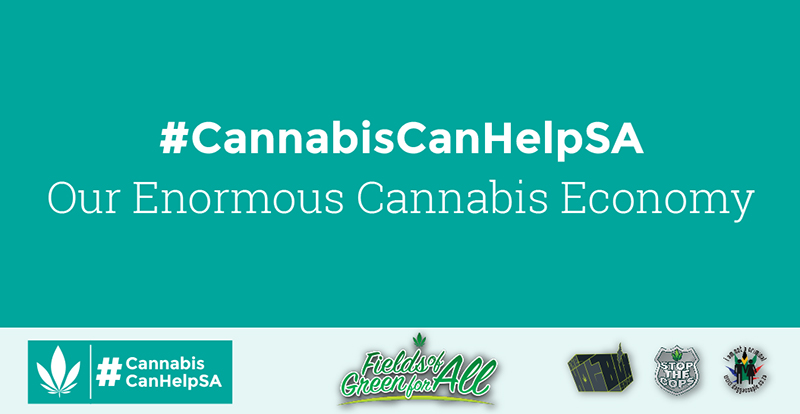 A word of caution – Do not oversell the potential of the Cannabis industry to “save” our economy!

“Weed will save the world!” How many times have we heard this? This tendency to “oversell” the size and potential of a legal Cannabis economy is rampant within the large and ever expanding corporate Cannabis industry across the world.  The reason for this is very clear as, over the years, we have seen many multinationals inflate Cannabis industry projections in order to pump their stock prices. These numbers exist on paper only and right now, across the world, big Cannabis companies are struggling.

This is why we call our latest campaign #CannabisCanHelpSA NOT Cannabis can SAVE South Africa.

In March 2020, Canopy Growth pulled out of Africa, South America and North America (USA). This includes South Africa and Lesotho. Over the last few years we have heard, ad nauseum, how these companies were going to help poor communities on the ground to pull themselves out of poverty and Cannabis was supposedly the ticket. Each of these countries who let the multinationals in without legalising Cannabis for ALL uses for ALL their citizens FIRST, opting instead for a “medical” Cannabis licensing system, are reeling as activists only realise now how they sold out their industry to “Cannabis capture”.

At the end of May Jamaica saw Aphria (described as having ” a glut of rotting marijuana inventory”), Aurora &  other big Cannabis companies pull out of the Caribbean. Of course all of these companies blame the government’s lack of export protocols and Covid-19. We blame their complete disregard of the EXISTING Cannabis industry in developing countries. They came in, schmoozed the various governments with promises of shiny bling bling, got their licenses and thought everything would be hunky dory. Oops. We call it karma.

(outside of registered pharmaceutical medicines).

We have a plan which we know will work to include the existing Cannabis industry FIRST – not as an afterthought with unsustainable “plant counting”, as seen in the draft regulations doing their rounds this year. Our plan is called – Cannabis: The People’s Plant – A Full Spectrum Manifesto for Policy Reform and we will continue to shout louder and louder until our voices are heard. We are even adding an extra chapter to the beginning of our Manifesto – Cannabis101 – because we KNOW that the South African government knows NOTHING about Cannabis. They still think we smoke the leaves! The Department of Social Development (remember the yellow tshirts & free lunches protesting outside court against The Trail of the Plant in 2017?) were quoted last week as saying: “A newly emerging trend in use is the smoking or eating of different forms of Tetrahydrocannabinol (THC) – a rich resin extracted from the Marijuana plant. Users refer to this practise as ‘dabbing wax’ or ‘honey’”. Anyone who knows anything about Cannabis knows that that is absolute twaddle!

The Ganja Grower’s Association of Jamaica has called their Ganja industry a failed experiment. We don’t need any experiments in South Africa. We need recognition of our centuries old Cannabis industry. We don’t need “The Gooftas – Coming to Steal our Sun.” South Africa cannot afford Cannabis capture and we will stop at nothing to make sure it doesn’t happen – it nearly did. The local company that has taken over from Canopy Growth has a huge responsibility. So do all the research companies who provide the projections for share price “pump and dump” schemes – particularly Prohibition Partners operating out of the UK.

Fields of Green for ALL is watching closely… 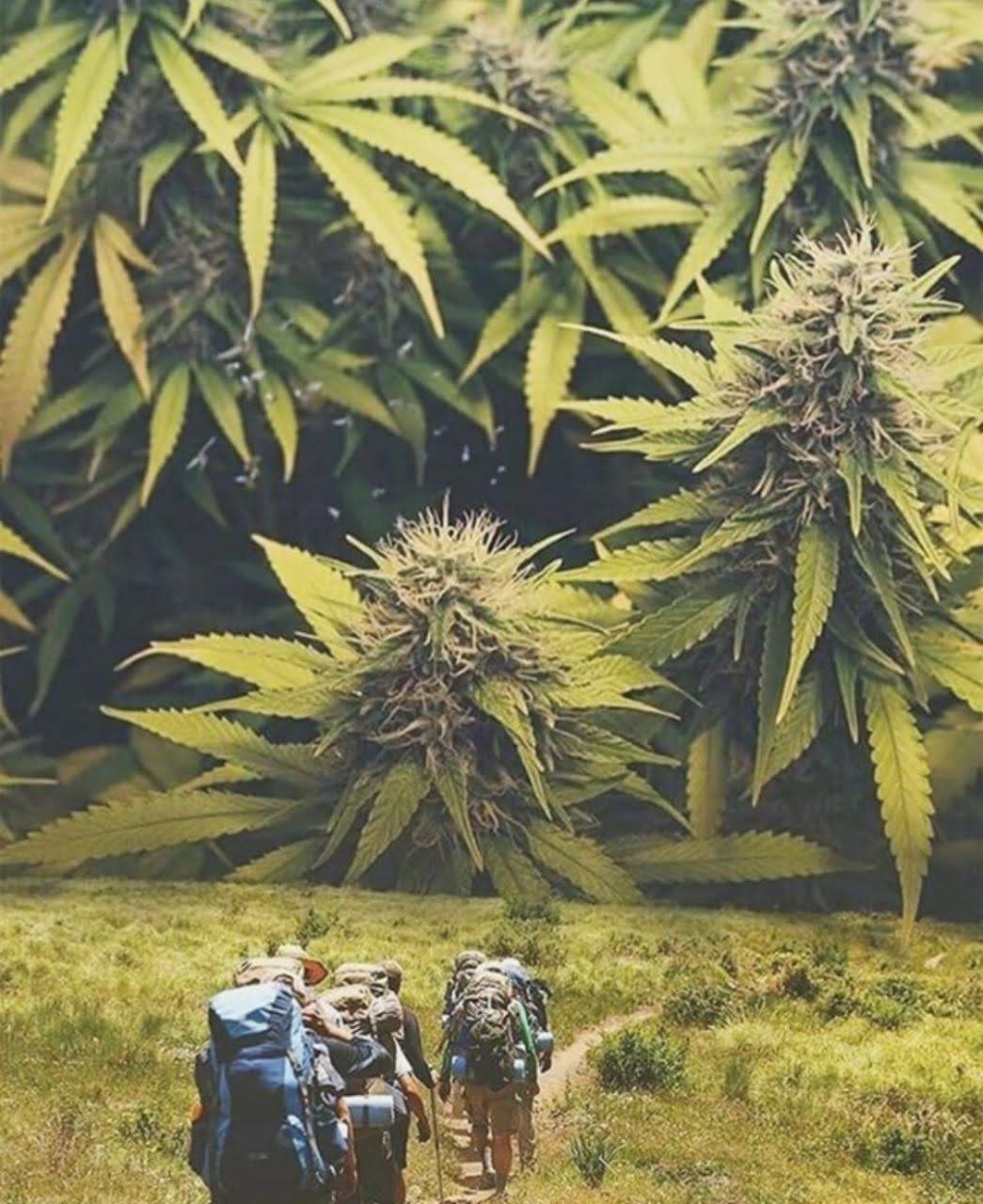 The Department of Trade and Industry is the first South African government department to embark on a programme of research into the economic viability of Cannabis, as reported in Business Day.

This may lead to some government officials actually learning something about Cannabis and its significant part in our economy. This is as opposed to the fear mongering and mixed messages that come out of the likes of the Department of Health.

This is to say nothing of the National Prosecuting Authority who do nothing to stem the tide of unlawful arrests that happen to the tune of over 600 per day in South Africa. 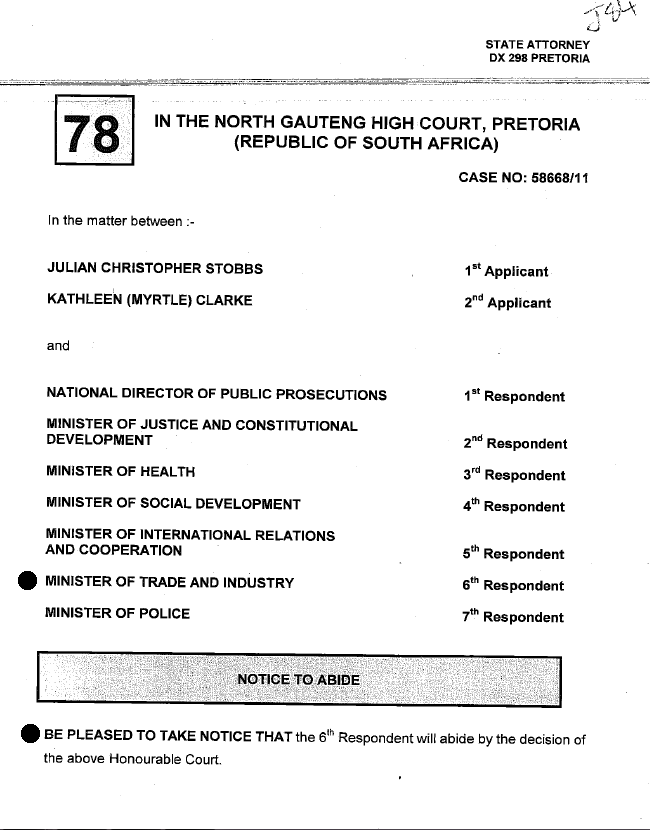 In 2011 when the Pretoria High Court granted us a stay in prosecution it paved the way for us to charge seven South African government with enacting unlawful laws. We served the papers and when the responses came in they were quite predictable. “Prove what you are saying and we’ll see you in court.”

Except for the DTI.

They issued us with a “notice to abide”, which means they would not be fighting us in court and would respect the judge’s decision. We remember thinking that this was significant, even back in the day when we knew next to nothing about how things would pan out.

Business Day published the headline “There is money in Marijuana” as an opinion piece in May 2018. Well, yes.

In June 2018 I was interviewed by Business Day’s Nick Hedley and pointed out that there was no credible economic research specific to Cannabis in South Africa. An existing business that operates with impunity stole the headline but, nevertheless, I stand firmly by the fact that we can’t look to places like Uruguay, Canada or the United States for a blueprint we can copy and implement. For example: Imagine what a field day our non-too-few “tenderpreneurs” will have with a system of licensing where you can grease a palm and steal a centuries old farming tradition from our rural poor?

Together with community groups and the existing underground Cannabis economy, Fields of Green for ALL is hard at work formulating civil society’s vision for the future of our Cannabis economy. We welcome this move by the DTI and thank them for the foresight in abiding with the court eight years ago. Having had a sneak peek at what could be the direction of their research, we think this bodes well.

But. We are watching very carefully.

There are plenty South African economics experts who are on our side when it comes to formulating a plan but at the same time there are vultures circulating. Overseas investors are here in force, trying to wangle non-existent “licenses” from a ‘regulatory authority’ that is stuck in chaos somewhere between being the MCC and SAHPRA, not even declaring whether it is a government run or a private entity. We can assure you that no-one knows where they stand with regards these licenses, least of all those who are fleecing ignorant “investors” scrambling to get in there first, while the plant remains completely illegal.

If the regulations for the legal Cannabis economy in South Africa do not include the previously disadvantaged under this, the last apartheid law, the underground economy will continue to flourish.

That is a fact, not an opinion.