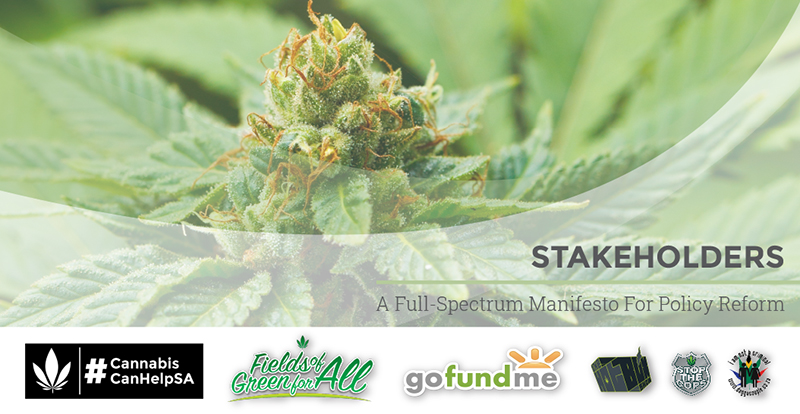 Last week’s release of Section 2: Background, History and Context helped our readers understand the Cannabis landscape in South Africa as far back as the early 19th century, and how our history has set the tone for conversations about Cannabis laws and policies. The next section being released today is our Stakeholders List which broadly maps out various government departments and organisations affected by changes in Cannabis policy.

It is essential that ALL stakeholders are included in the process of formulating regulations for legal Cannabis in South Africa. Our experience is that many legitimate stakeholders encounter many challenges when it comes to having their voices heard, particularly ordinary citizens who have borne the brunt of prohibition for so long. On the other hand, we have also encountered important stakeholders, particularly government departments and officials, who are largely ignorant of the crucial role that they need to play in the process.

We want to emphasize that YOU are the most important stakeholder, because YOU form the basis of our Cannabis community. It doesn’t matter whether you grow, use or trade the plant – or none of those – we need your voice to be heard! In giving all the stakeholders a chance to have their say, we can hear about the problems and challenges they are facing. This will help us create a viable path for the fair regulation of Cannabis in South Africa, a model that leaves no-one behind.

We are publishing these lists here in order that the scope of stakeholder involvement can be widened from its current narrow construct within the Department of Justice & Constitutional Development.

We look forward to next week’s release of Section 4: Leaving No-one Behind: Six Mandatory Ethical Principles for Fair Regulations.