The Haze Club: Interpreting the Legalese

The Haze Club: Interpreting the Legalese

By Marleen Theunissen|Published On: February 5th, 2021| 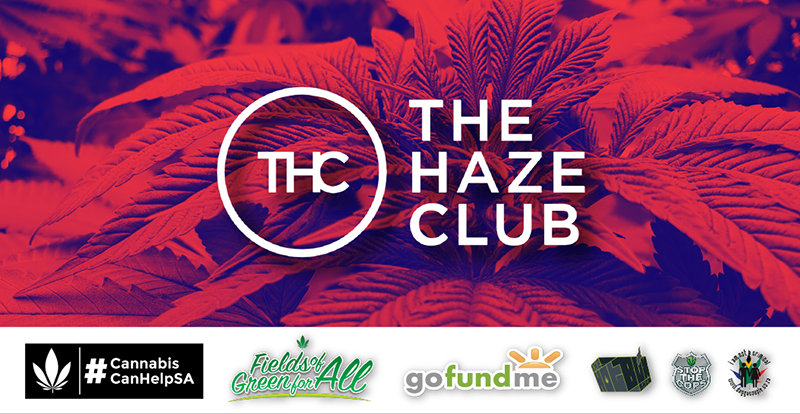 As we all know, the Haze Club was raided in October 2020. All their equipment (including lighting, irrigation, climate control, CO2 tanks, ventilation, nutrients and cleaning chemicals) were confiscated, along with over 300 plants in various growth stages and more than 2kg of dried Cannabis. The Club’s director, Neil Liddell, was arrested along with one of his temporary employees who found himself at work at the wrong time. They waited three days in jail before their bail hearing, where they had to pay R10,000 each. The Haze Club ceased operations and are awaiting the legal process.

On 26 January 2021, Neil and his employee attended their first hearing at the Wynberg Magistrate’s Court. Their case was postponed to 22 April 2021. A prosecutor had not yet been appointed for the duo’s case.

It is with great happiness that we learned that The Haze Club applied to the Western Cape High Court for a Stay of Prosecution pending the outcome of a Declaratory Order. A Declaratory Order is an order handed down by the courts which defines the rights or obligations of a particular party, or the rights and/or obligations that exist between two parties. In this case The Haze Club wishes the court to declare their specific grow club model as lawful and consistent with the 2018 judgement. In line with this, they also wish for some sections of the Drugs & Drug Trafficking Act 140 of 1992 and the Medicines & Related Substances Control Act 101 of 1965, to be declared constitutionally unsound or invalid.

Although we’re very happy and positive about the giant steps The Haze Club will be taking for the Cannabis community, we’re also concerned about the fact that only the Grow Club Model will be tried and tested in court. Fields of Green for ALL have done vast amounts of research into the possible interpretations of the Dagga Private Club concept. This included research on international Cannabis Social Clubs and their operations and by consulting with the community to understand its needs. We’ve discovered that there are many ways to practice our Constitutional Right to Privacy effectively – we don’t even know about all of them yet.

If the High Court approves the declaratory order, this doesn’t mean that the Grow Club Model will suddenly be legal in the eyes of the law. The High Court cannot change the law, it merely finds inaccuracies and instructs the government to correct these by amending the law. We know how the Courts work, as proven by the Trial of the Plant in 2017. The Declaratory Process in itself could take two to three years. If we have a good outcome, the matter will be referred to the government who will probably have another two years to amend the laws. This means that it could be 5 years before we see any real outcome of this case. There is still a long battle left!

As I’ve mentioned, we’re very supportive of The Haze Club and will do what we can to gather support from the Cannabis community and offer whatever resources we can to strengthen their case. But we’re a little disappointed. It is the law firm’s duty to act in the interest of their client, two individuals. This is the right thing to do. The outcome of this case, however, might result in another judgement for the privileged, upper class; much like the privacy judgement itself, which does not consider all sectors of society, their living conditions or access to resources.

The Haze Club made use of sophisticated equipment and barcoding software to track and monitor their growing operations. Can you see that working in the Kasi? Myrtle spoke this morning about someone in Pofadder who joined our #JoinTheQ project, who couldn’t find a ream of paper anywhere in her town to print her court papers. How will she enable her community to comply to such a complicated and stringent system? We’ve committed ourselves to creating something sustainable that’s accessible to ALL South Africans. Why do we always start from the top down? When will we get to the poor and needy, who can use this plant to uplift them out of their circumstances?

So, it’s with a slight sigh that we sit down and get back to work. There are masses of South Africans wishing to be heard. We’ll start there.