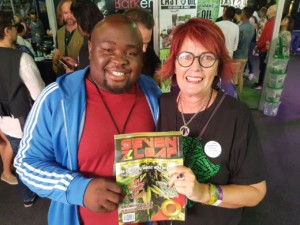 We get lots of calls from people with a really good idea but no idea how to get it off the ground. Sometimes we get calls from people who know exactly how to roll out a really good idea, but need a helping hand with fine tuning. We had one such conversation recently with Seven Leaf Magazine.
They wanted to know if  we could help them with some content and some leads because they had a really crazy print deadline of a couple of weeks time.
In the age of digital media, it’s not often we hear of a new print magazine hitting the shelves. It’s even more unlikely that the subject matter would be cannabis. We had aspirations of publishing a quarterly ourselves once upon a time. We’ve always believed it is much needed medium to assist in normalising the plant. It’s easy for us to imagine a glossy Cannabis culture periodical with a big juicy bud on the front nestled in amongst the Farmers Weekly and the Lifestyle section at the local CNA.

From contacting us launch was only three weeks lead time but somehow they pulled it off. The first edition of Seven Leaf was launched at the Cape Town Expo in April 2019 and also had an outlet at this year’s D.Day 420 festival in Johannesburg and we wish them all the best with this important venture.

There’s no shortage of content when it comes to Dagga; We know this from producing our weekly YouTube Hotbox Show, so expect another issue of Seven Leaf soon. If you are interested in advertising space, or have an op-ed or other opinion piece you’d like to have considered for publication, then we’re sure Sam and his team will be happy to hear from you.