By Marleen Theunissen|Published On: September 14th, 2020| 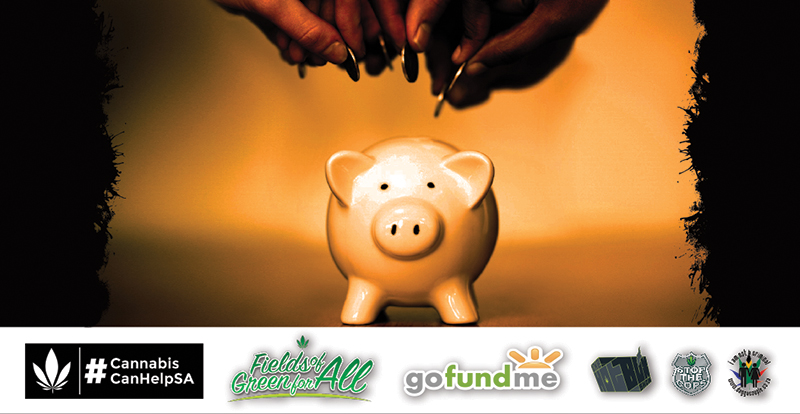 As it becomes more and more apparent that the law makers are not planning on doing the research needed for fair and reasonable policy reform when it comes to Cannabis, the more South Africans are realising that it is time to take matters into our own hands. Dagga Private Clubs are popping up quicker than what we can keep up with. Although a few applications are questionable in terms of the integrity of the model, we are learning of some interesting ways in which the concept is being applied. One of these ways that we’ve recently drawn similarities on, is the stokvel concept, very unique to South Africa.

Stokvels are popular in black communities and date back to the days of apartheid, when people of colour did not have access to banks or formalised savings systems. These people started pooling their resources together in groups of twelve or more close-knit community members – often family or close friends. These pooled resources are then used for whatever purpose the community decides – popular applications of the stokvel concept includes grocery stokvels, where food and groceries are bought collectively in bulk at cheaper rates; savings stokvel, where members can save up for example throughout the year and have their share pay out during the December holidays when work might be scarce; and even lobola stokvels, to help save up for a planned marriage.

So, what does this have to do with Dagga Private Clubs?

Well, it’s simple. Stokvels can be copied as a whole and used as a Dagga Private Club. Here are some of the similarities between the two:

The place of DPC stokvels in South Africa

Although a DPC stokvel would operate much the same as an informal Dagga Private Club, it is a simple application to integrate into the informal market that is already familiar with the concept. Fields of Green for ALL has always been adamant that Cannabis will not be legal until the guy on the street who sells weed in a matchbox at the taxi rank to feed his family, is free to do so. We are equally adamant that a stokvel-based Dagga Private Club is one of the most practical ways to attain this goal in the present. It is a concept that especially people of colour is very familiar with and have been practicing for years. The change management required from the community would be minimal, setting up a constitution can be made simple and managing the records does not have to be done with fancy software and professional equipment. It is the best starting point available to the person who needs a sale to have food on their table that night.

Some of the pros of this model includes the previously mentioned point of minimal change management needed for implementation of the model. With some guidance and basic training, the integrity of the Dagga Private Club model can be managed with the same efficiency that a savings or grocery stokvel enjoys. It will also lead to job creation, as a stokvel provides employment opportunities to its members. Most importantly, it supports the community aspect that should lie at the heart of any Dagga Private Club endeavour!

The cons are not too many to be honest. Unfortunately, uninformed and ignorant police forces are still a great danger to the Cannabis community. Extortion takes place much more frequently and intensely in the townships of South Africa and sometimes the police and the community are equally unpredictable when it comes to forming alliances. However, if the stokvel is managed with the same caution and consideration to privacy as what a Dagga Private Club prescribes, the risk will be greatly limited.

The time has come for South Africans to apply the available laws that count in our favour to our immediate communities to strengthen our forces and to create a whole new, independent industry. Dagga Private Clubs are our answer to the gaps in the ConCourt privacy ruling of September 2018, which does not speak to any form of community development. And if you’re a stoner, you’ll know that it’s all about the people you surround yourself with!