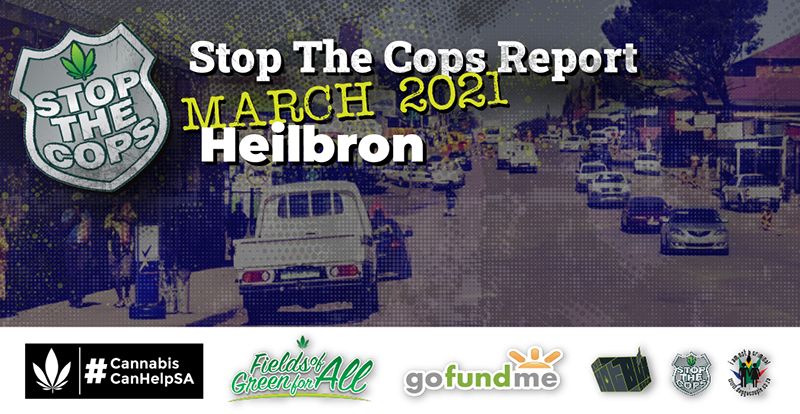 In this latest case it is once again clear that the SAPS do not respect the constitution or the government, they do not follow the law, do not follow their own directives and circulars, or respect any South African citizen’s human rights.

Events as told by the victim, Pieter Louw:

So on the 9th December 2020, I was picked up at work by the local police and taken to my home. Arriving there, Lt Col Mokheti of local SAPS was waiting there. I asked what the problem was and was told that they are there to remove my cannabis plants. I asked what the problem was with the plants as it is legal to grow and that there is no known limits according to the law, I was not answered in any terms. After all the plants was ripped form the ground, I was then informed that I have to go with them to the police station, nothing else. We arrived at the police station, where I asked what the problem is, as they already removed my plants. I was then told that I was being arrested and detained for Dealing in Dagga/Cultivation of Dagga. That was the charges they put on the form you have to sign so that you know your rights.

Early on the 10th of December 2020, I was taken from the cells and had to go with Mokheti to weigh the plants, this was then done at a local mill, because the police does not have the equipment to weigh it. They then weighed the plants, full plants and the roots still covered in mud. The total weight for all plants came to 62.5kg, Mokheti then told me he take off 2.5kg for the mud, that was still wet from the total weight. We returned to police station and I was taken back to the cells. Only later that day, did they fetch me to take my fingerprints. Not once was I asked to give a statement. I was asked why I grew, and told them that I make my own cannabis oil. Spent another night in the cells.

On the 11 January 2020, I contacted the station again, and the investigating officer informed that the case was thrown out by the court. When I asked her why, she could not give an answer.

There may be no governing laws at this point, and it’s up to the police to decide what should happen, due to this, I can say the following: I personally believe that my whole ordeal happened because a lack of knowledge on the police side. In a directive from the Police Communications unit, it is stated that a person must not be arrested just for the sake of arresting the person, they must be clear to why they arrest you. They will also go through it all, all the paperwork and all the troubles, just to get their figures looking like they are doing their job…