We had such great time at the GIBS forum on the informal Cannabis economy in South Africa that we thought we’d share Myrtle’s notes for her section. You can watch the live stream of the event on The Dagga Couple YouTube channel and we look forward to an edited version in the mainstream media soon. Together with stopping the cops from persecuting us, this is the most important issue facing the South African Cannabis community right now… 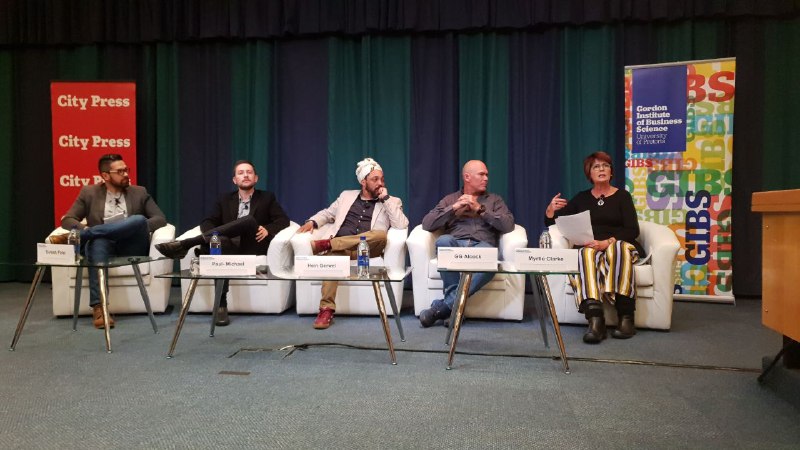 A constant theme throughout our campaign for the legal regulation of Cannabis in South Africa has been “awareness” with the most important aspect, in our experience, being awareness of the “harms of prohibition” – as opposed to the more popular awareness of “the good of the plant”.

As we move towards legally regulated Cannabis in South Africa the focus of this awareness needs to be placed on the informal economy. Everyone who has heard us speak in the last few years knows that the centre of our concern is the person who sells the matchbox of weed at the taxi rank. If it is not legal for that trader to continue to sell Dagga to put food on the table then it is not legal.

Countless media reports bemoan the fact that “South Africa is lagging behind” countries like Lesotho and Zimbabwe. I strongly disagree. In Lesotho, our friend who sells vegetables on the street in Maseru, and a little Dagga on the side, is constantly harassed by the police. Over the hills is a fence and inside the fence are foreigners, including South Africans, who have a piece of paper that says THEIR Dagga is legal. Same plant but different rules according to where you fit on the economic spectrum. There is nothing for Lesotho to be proud of. Investors are lured by a supposedly “policy friendly environment” which is certainly not friendly for their own citizens.

There is a similar scenario in Zimbabwe. Prices for licenses have skyrocketed to match the inflation rate for our northern neighbour. The Zimbabwean government has not released any policy documents or plan of action for their citizens. We only hear of people jetting up to Harare to meet with government ministers to see “what’s in it for them”.

This is why the issue of Cannabis regulation and Drug Policy in general is a human rights issue. Our Constitutional Court ruling is the envy of our drug policy activist friends around the world. It places those who use and cultivate Cannabis at the centre of the issue and we cannot allow this very important step to be stomped underfoot by western-centric licensing models that favour the rich. We are mired in a complex web of grey areas right now but we will not allow our 8 years of hard work to be swept under the carpet by “copy and paste” regulations from overseas.

This is the 21st century and we need new solutions to old problems. Because of our vehement opposition to a licensing system we have been accused of promoting a “free for all”. Not so if one takes a deep breath and considers how a self-regulating Cannabis industry can work. The stakeholders in this industry are many and as varied as our “rainbow nation” itself. Each and every participant in the legal Cannabis economy needs to have the opportunity to belong in some way.

The illegal, unregulated market is often called “organised crime”. We argue that there is no such thing as ‘disorganised crime”. We are very organised and we will all operate very well within a system that looks at how things are working right now and allows us to form what we call “hubs”. These can cater to everyone from the rich guys who can afford the stiflingly strict Medical Cannabis licenses for pharmaceutical products to the person who sells the matchbox at the taxi rank. Hubs can be everything from farmer’s co-operatives like the Zimbabwe tobacco model, connecting cultivators and traders while ensuring acceptable standards of quality to Cannabis Social Clubs along the lines of the very successful Spanish model. We call these “Dagga Private Clubs”.

Mark Heywood, veteran civil society activist and a hero of mine, critiqued South African civil society in his farewell lecture upon retiring from Section 27. He said that activists need to “adapt to contemporary conditions to advance justice and tackle issues of poverty and inequality”. South Africa needs to stop, take a deep breath and look at the existing Cannabis market in SA. From the Kasinomics level all the way to the upmarket weed being vaped on the balconies of Sandton boardrooms. We are not behind. Those who use, cultivate and trade in Cannabis in South Africa are racing ahead and we are STILL breaking the law every step of the way.

We call it principled non-compliance. The police are still coming down hard on many of us, particularly the poor and those who fit stereotyped profiles. We will continue to fight for our human rights until the police are taken out of the equation, completely. We will not accept a system of regulations that are enforced by the police. We will not stop fighting until the regulators arrive at our businesses with clipboards, not handcuffs. A hundred years of prohibition has made us resilient.

We have 3 publications available at our table outside.

The bigger picture is found in “Cannabis & Sustainable Development”, a publication that Fields of Green for ALL collaborated on with the Knowmad Institute, activists we met at the United Nations. South African policy makers would do well to take note of how carefully crafted Cannabis regulations can contribute significantly to the achievement of the Sustainable Development Goals set by the UN.

If we are to develop uniquely South African Cannabis regulations that will lead the way for the rest of Africa, we need to look closely at how things are working right now within our “illegal” Cannabis market. We don’t have to reinvent the wheel, we only have to keep the police from locking us up in cages. This is Fields of Green for ALL’s proposal for how we want it to work.

In an effort to deal with the nitty gritty we have published our intention to form “Dagga Private Clubs”. The Constitutional Court has given us our privacy so let’s use that to continue to strive for Fields of Green for ALL South Africans.

Thanks to GIBS for hosting us tonight and thanks to Suresh for organising this forum at an institution that has always been on our list of places to speak. 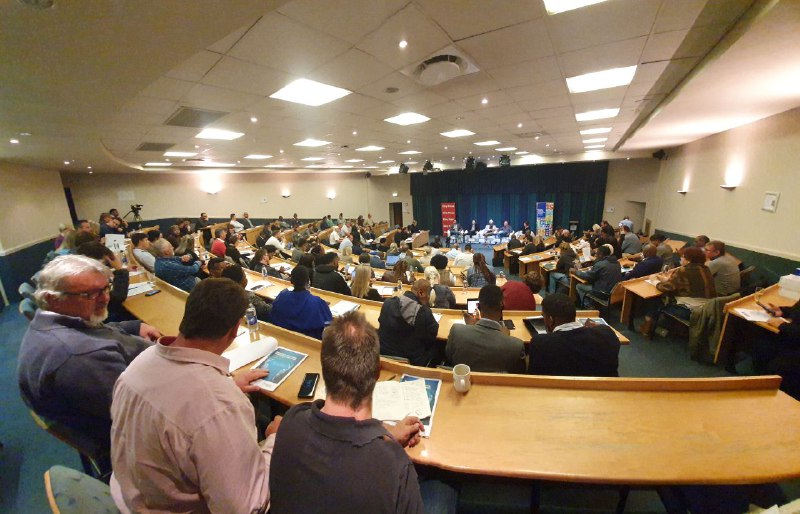