We are really grateful to have such a wide and amazing array of local affiliates, affiliate organisations and international supporters that, without their help, we’d be too busy trying to raise the funds to keep going and wouldn’t be able to focus on the work at hand.

If you would like to become a member of The Green Network as an individual or a company, we would be very grateful of the support and look forward to you joining our working team!

The time around 4.20 is always crazy for us and so many people have been asking about our California Dreaming competition and the outcome. It was such an emotional experience to announce the winner on DDay and we certainly hope to repeat a competition for a trip to another amazing cannabis destination in the future.

Two incredibly lucky Fields of Green for All supporters will be joining Myrtle and Jules for six days, on an all expenses paid trip to California. They have a packed itinerary, including a guided tour of one of the biggest legal grow facilities in California, the Jungle Boys. The winner is quite private so we’re keeping their identity to ourselves. Just in case you were wondering, no, they don’t want to sell their prize, we’ve been inundated with emails asking. 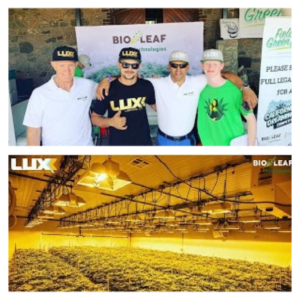 It has been so much fun working so closely with some of our affiliates on the California Dreaming competition. Literally like a Dream Team!

It all started when we were approached by BioLeaf Technologies last year. They wanted to do something big. Something exciting. Something that would be a once-in-a-lifetime opportunity for someone. The reason? To help us raise the funds we so desperately need in order to start financing the Trial of the Plant 2.0. We’ll need to re-book our team of expert witnesses from all over the world and pay for their flights and accommodation, then there’s the fees for our brilliant legal team and all their support crew. Despite what some may think, changing the law of a whole country is quite an expensive affair. Especially if you want to do it properly.

BioLeaf had already been chatting to Luxx Lighting, who in turn had a conversation with the Jungle Boys. Before they approached us, they already had the California Dreaming proposal locked down. 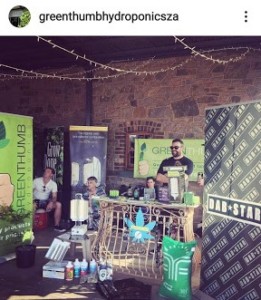 Then GT Hydro came on board with their offer to sponsor a huge prize for second place, we were over the moon. The mammoth grow tent came with everything you need to run a decent sized indoor grow, including lights. This was incredibly generous of them, we are consistently blown away by the support we’ve received from GT Hydro since we started our campaign eight years ago.

The High Co added a handsome third prize to the kitty, R10 000 worth of glass and gear, including a dab rig, bongs, carb caps, grinders, papers, pipes, blunt wraps, accessories, everything you can think of. 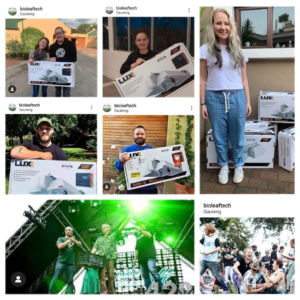 BioLeaf also surprised us on the day of the draw by having one of the Jungle Boys and one of the big bosses from Luxx Lighting in South Africa, on the D-Day main stage, to draw the winning ticket for the California Dreaming competition. They fell so in love with the beauty of our cannabis community that on the spur of the moment decided to give away at least 10 sets of lights to folk in the crowd. The absolute delight on the faces of the winners was all the thanks they wanted.

These gentlemen are really excited about the future of cannabis in South Africa, we’re in a time where we have the opportunity to create the best cannabis industry model in the world. We simply cannot drop the ball and allow government to create Prohibition v2 as we’ve seen happen in Canada, or allow South Africa to become the ‘cheap labour’ source for international companies. That is going to take a lot of hard work, especially when you are fighting an entity with a seemingly endless supply of taxpayers money at their disposal.