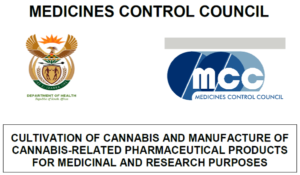 e MCC has promulgated 32 pages of guidelines for a prospective medical cannabis grower in South Africa. It’s complicated – just like you’d expect of a medical license to operate. Oh, and if you are an ‘illicit drug user’ (presumably Dagga falls into that category), you need not apply, or anyone else with a criminal record for that matter.
It’s good and it’s bad….It’s good we’re having this conversation at long last; it’s bad because there are an inordinate amount of hoops to jump through to get to the prize. But again, if you want to get into medical standard growing, it is to be expected.
The general public has until the end of March 2017 to comment on these proposals.
As a cannabis user in South Africa, you must. Please voice your opinion; it might be the only chance you get before the licensing begins.
For the vast majority of us, nothing will change. We will remain enemies of the state for having THC in our bodies.
Download the MCC’s Cultivation proposals here:
MCC Cannabis Cultivation Guidelines Mar17