Home>Posts>Personal Cannabis Use Legalised in South Africa?
Previous
Next 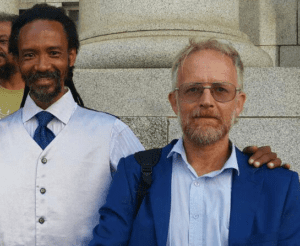 The Western Cape High Court case for the legalisation of Cannabis in South Africa has taken years and multiple postponements to reach today’s verdict that Cannabis prohibition in South Africa is “unconstitutional”.

Ras Gareth Prince, who has previously lost a Constitutional Court case based on legalising for religious purposes only, and Jeremy Acton, leader of The Dagga Party, have personally plead their case before Judge Dennis Davis in the hope that this time we will see the court rule in favour of more proactive and realistic approach to Cannabis use in the country. This ruling comes on the last day of the promised 1st quarter finale of this long ongoing trial and has kept many of the nation’s citizens on tenterhooks for what would be a game changer for local Cannabis users.

Despite the trial having experienced a number of ups and downs, public support has consistently been strong and Judge Davis has allowed both sides to plea their case. All three judges of the Cape Town High Court unanimously declared the laws regarding Cannabis to be unconstitutional and declared that the South African government had 24 months to amend these laws in favour of legalisation. The court ordered that all cultivation, possession and personal use on private property be immediately permitted. The details regarding distribution and retail were however not ruled on in the judgement. As it stands, this means that the laws regarding Cannabis fall somewhere between decriminalisation and legalisation. While the State may still choose to appeal this ruling.

Parliament will now need to within the next 2 years formulate a policy to deal with formalising legalisation, while all personal Cannabis related arrests and prosecutions are suspended for this period. This is a huge victory for personal and human rights in South Africa.

About the Author: William

Operations manager at Fields of Green for ALL, cannabis culture blogger and general do it all at The High Co.